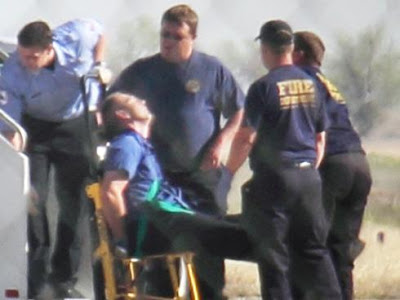 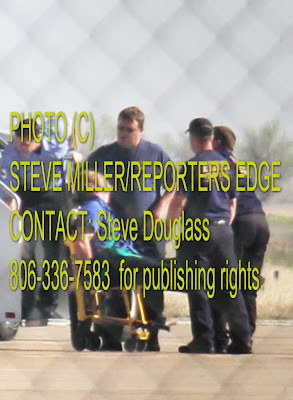 (CBS News) A police officer and an off-duty airline pilot subdued a JetBlue captain Tuesday morning aboard a Las Vegas-bound flight when the captain started pounding on the cockpit door after the flight's co-pilot asked him to leave and subsequently locked him out, a federal official told CBS News.

The captain became incoherent during JetBlue Flight 191 from New York's John F. Kennedy International, prompting the co-pilot to get him to leave the cockpit, the official said. JetBlue said in a statement to CBS News that the flight was diverted to Amarillo, Texas, "for a medical situation involving the captain."

Jet Blue flight 191 enroute from JFK to Las Vegas. The flight was diverted to Amarillo after the pilot reported an in-flight-emergency concerning an out-of-control passenger on board.
Law enforcement and FBI was summoned to the aircraft and a man strapped to a gurney was photographed being taken off the aircraft.

The man was transported to Northwest Texas Hospital for "evaluation." Another ambulance was also summoned to check on a passenger having chest pains.