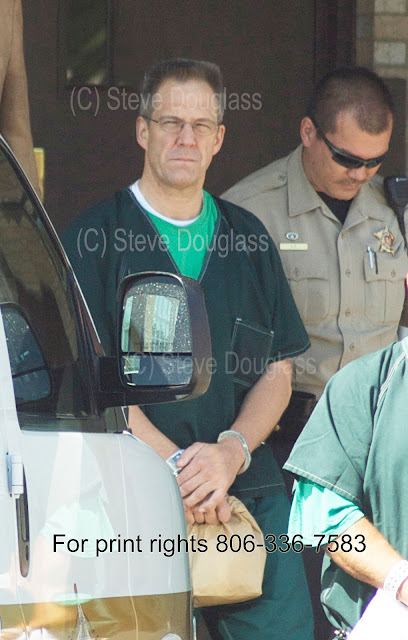 AMARILLO, TEXAS -- The JetBlue pilot accused of causing a mid-air flight fiasco ending with the plane making an emergency landing in Amarillo has been ruled competent to stand trial.
After viewing a sealed doctor's report, U.S. District Judge Mary Lou Robinson declared Clayton F. Osbon, 49, presently competent to stand trial.
He was also pounding on the cockpit door, the records showed.It was on March 27 when a JetBlue airliner was diverted to Rick Husband Amarillo International Airport after Osbon, a pilot, become disruptive, yelling about the Sept. 11 terrorist attacks and racing inside the cabin, according to court records.
The Transportation Security Administration (TSA) said the co-pilot become concerned Osbon was exhibiting erratic behavior during the flight. The captain, according to TSA, then exited the cockpit during flight.
As a result, the co-pilot locked the door and when the captain attempted to enter the cockpit, he was subdued by passengers, TSA said.
The plane, with 141 passengers and crew members, was en route from New York City to Las Vegas. No one was seriously hurt.
Posted by Steve Douglass at 9:45 AM No comments: