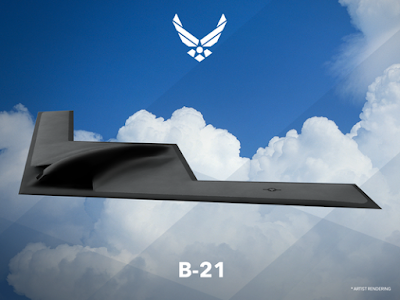 ORLANDO, Fla. — The US Air Force secretary unveiled the first official rendering of the new Long Range Strike Bomber and revealed its official designation: the B-21.


In a speech at the Air Force Association's Air Warfare Symposium on Feb. 26, Secretary Deborah Lee James shared an artist's concept design of the next-generation bomber, which will be built by Northrop Grumman. She also announced the plane's long-awaited designation, calling it the B-21.
However, the Air Force still has not decided on a name for the new B-21, James said. She called on airmen to send in suggestions.

"So we have an image, we have a designation, but what we don't yet have, we don't yet have a name," James said, "and this is where I'm challenging and I'm calling on every airman today ... to give us your best suggestions for a name for the B-21, America's newest bomber."


Northrop Grumman spokesman Tim Paynter stressed the B-21 bomber's importance to the nation's future in a statement emailed to reporters following James' remarks.

“Northrop Grumman is proud to serve as the prime contractor for the B-21 Bomber, in partnership with the U.S. Air Force, to deliver a capability that is vital to our national security," Paynter said. “Any further questions should be directed to the Air Force.”

The Air Force awarded the contract for B-21 engineering, manufacturing and development to Northrop on Oct. 27. The service plans to field the new bomber in the mid-2020s.
Posted by Steve Douglass at 8:56 AM 1 comment:

Posted by Steve Douglass at 6:36 PM No comments: 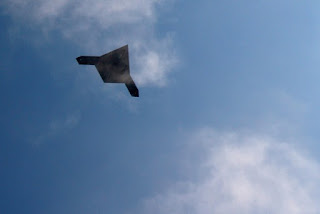