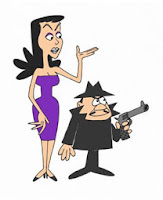 The Russian bear is roaring angrily as its former Soviet satellites forge closer ties with the West. But as Russia makes threats and takes steps to curb perceived Western encroachment on its border, just how much of a threat is it?

Experts say Russia's options are limited, but warn it should not be ignored.

Independent experts are divided on the extent of Russia's strength. However, American intelligence believes Russia's military may have rebounded to become the second most powerful in the world, behind only the United States, after suffering from mismanagement and insufficient resources after the collapse of the Soviet Union.

Secretary of State Condoleezza Rice voiced her concern about Russia's military might in an interview with ABC News during a trip to Moscow last year.

"Russia, in this case, will have to react and not only through diplomatic protests," Russia's Foreign Ministry said Wednesday, this just days after a top Russian general warned Warsaw it could face a nuclear attack if it went ahead with the deal.


The United States insists the missiles are meant to defend against attacks from rogue countries like Iran, but Russia feels threatened by a U.S. missile system so close to its border.

Rice downplayed Russia's threat and reminded Moscow that Poland's membership in NATO means the United States is obligated to defend it against attack.

"An attack upon one is an attack upon all, and that's the strongest possible guarantee you can have," Rice told reporters.

So, how credible is Russia's threat against Poland?

"The Russians aren't about to launch some military action to the Poles, but they might take some specific measures to counter it, like moving short-range missiles closer to the border," said Stephen Flanagan, director of the International Security Program at the Center for Strategic International Studies.

Read the rest of the story at : http://abcnews.go.com/International/story?id=5629836&page=1 or click on the link under Topical Links
Posted by Steve Douglass at 7:42 AM No comments: