Posted by Steve Douglass at 4:12 PM No comments: 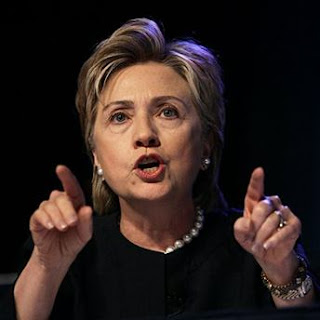 U.S. Secretary of State Hillary Rodham Clinton warned North Korea yesterday that firing a missile for any purpose would be a "provocative action" that would have consequences.

North Korea is loading a rocket on a launch pad in anticipation of the launch of a communications satellite between April 4 and 8, U.S. counterproliferation and intelligence officials said. North Korea announced its intention to launch the satellite last month but regional powers worry the claim is a cover for the launch of a long-range missile capable of reaching Alaska.

Clinton told reporters during a visit to Mexico City that the U.S. believes the North Korean plan to fire a missile for any purpose would violate a United Nations Security Council resolution barring the country from ballistic activity. She linked a missile launch to the future of talks between the U.S., North Korea and four other nations aimed at ending North Korea's nuclear weapons program.

"We have made it very clear that the North Koreans pursue this pathway at a cost and with consequences to the six-party talks, which we would like to see revived," Clinton said.

"We intend to raise this violation of the Security Council resolution, if it goes forward, in the UN," she said. "This provocative action in violation of the UN mandate will not go unnoticed and there will be consequences.''

National Intelligence Director Dennis Blair said earlier this month that all indications suggest North Korea will, in fact, launch a satellite. However, North Korea faked a satellite launch in 1998 to cloak a missile development test.

In 2006, North Korea launched a Taepodong-2 that blew up less than a minute into flight.

Read the full story HERE.
Posted by Steve Douglass at 4:00 PM No comments:

North Korea Warns Japan - Shoot down our rocket and we'll shoot you. 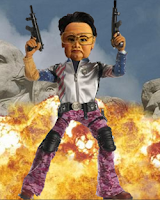 "If Japan recklessly 'intercepts' [North Korea's] satellite for peaceful purposes, the [Korean People's Army] will mercilessly deal deadly blows not only at the already deployed intercepting means but at major targets," KCNA reported.

Japan recently mobilized its missile defense system in response to the planned North Korean launch, Japanese officials said. The move, noteworthy for a country with a pacifist constitution, is aimed at shooting down any debris from the launch that might fall into Japanese territory.

U.S. Navy ships capable of shooting down ballistic missiles have also been moved to the Sea of Japan, a Navy spokesman said.

The threat of retaliation comes as North Korea has begun fueling its long-range rocket, according to a senior U.S. military official familiar with the latest U.S. intelligence


Read the full story at CNN.
Posted by Steve Douglass at 5:19 AM 2 comments: