Memorial Monday for pilot killed in jet crash
By CASEY GROVE
casey.grove@adn.com
Published: November 20th, 2010 03:57 PM
Last Modified: November 20th, 2010 03:58 PM
A memorial will be Monday for the pilot who died when his F-22 Raptor crashed in a valley between two mountains after vanishing from radar on a nighttime training flight last week, military officials said today.


Meanwhile, hundreds of Army and Air Force personnel continue to comb through the crash area to find Capt. Jeffrey Haney's remains, recover pieces of the stealth fighter jet, and try to find out why it went down.

At the family's request, only personnel from Joint Base Elmendorf-Richardson and select friends from the local community would be allowed to attend the memorial, scheduled for 3:25 p.m. at Hangar One on base.

Investigators would be heading to the crash site, east of the Susitna River and south of the Denali Highway. The search and recovery efforts are based at the previously shuttered Susitna Lodge about two miles east of a bridge over the Upper Susitna, said John Pennell, a military spokesman in the base's emergency operations center.

The family and the military ask that instead of flowers or gifts, donations specifying "For the Jeffrey Haney children" be made at AirWarriorCourage.org. Donations can also be made by sending a check to AWCF, and mailed to AWCF, P.O. Box 877, Silver Spring, MD 20918-0877.

The check should be designated "For the Jeffrey Haney children."

READ THE FULL STORY HERE
Posted by Steve Douglass at 7:56 PM No comments:

Short video I slapped together showing a little bit of the "unofficial airport jet fuel fumes appreciation society and photographers club" meeting today. Sorry in advance for the camera shake - forgot my monopod! We had fun anyway.

Posted by Steve Douglass at 6:28 PM No comments: 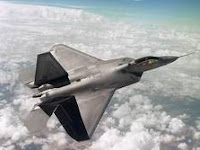 Washington (CNN) -- Search-and-rescue teams have found "conclusive evidence" that the pilot of an F-22 aircraft that crashed while on a routine training mission in Alaska did not survive, the military said Friday.

Air Force Capt. Jeffrey Haney, who was assigned to the 525th Fighter Squadron, 3rd Wing, has been missing since the crash Tuesday night. Crews have found the wreckage of the plane.
Haney "did not eject from the aircraft prior to impact," said Air Force Col. Jack McMullen, 3rd Wing commander. McMullen made the remarks Friday in written and video statements.

A recovery team found part of the ejection seat and several life support items that Haney wore during the flight.
"If a pilot was able to eject, the seat would go with him and it would not be anywhere at or near the site," McMullen said.

"Sadly, we can no longer consider this a search-and-rescue operation, but must now focus on recovery operations," McMullen said.

"This is a huge loss for the 3rd Wing and for the Air Force, but it's even a greater loss ... and a very emotional time for the entire Haney family," McMullen said. "We are doing everything we can to support them right now."


READ THE FULL STORY AT CNN
Posted by Steve Douglass at 4:20 AM No comments: