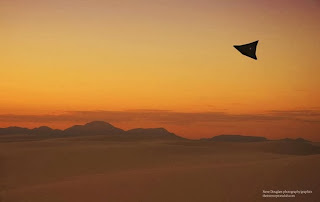 DOUGLAS DEAN JOHNSON WASHINGTON– (December 7, 2021, 1:45 PM EST) – With the unveiling today of legislative language already agreed on in negotiations between key lawmakers meeting privately, it is likely that Congress will soon send the Department of Defense and the Intelligence Community a set of emphatic statutory commands regarding Unidentified Aerial Phenomena (or UFOs, in common parlance).

The content of the UAP language agreed on by key negotiators from the U.S. Senate and U.S. House of Representatives Armed Services committees is being reported and analyzed in detail here for the first time anywhere.

The UAP-related provisions are included in the National Defense Authorization Act (NDAA) now being advanced under the bill designated S. 1605. I will sometimes refer to the new UAP text as the "Gillibrand-Rubio-Gallego" language, or "GRG." The UAP-related language is contained in Section 1683, covering 15 pages of bill text. Images of the UAP-related pages appear at the bottom of this article.

I read the unwritten message underlying the bill language as something like this: We, the Congress, have concluded that Unidentified Aerial Phenomena are serious business. We want you to start treating it as serious business: Get your act together and get a grip on this problem! Expect to be held accountable.

The measure incorporates a robust array of statutory provisions, in essence commanding the Department of Defense and the Intelligence Community to substantially elevate the priority, coordination, and resources that they devote to investigations of Unidentified Aerial Phenomena (UAP). The legislation describes the overarching mission in unmistakable terms, but also provides detailed mandates and funding authorities to advance UAP investigations, and provisions to require a measure of periodic partial public disclosure of future findings.

This negotiated NDAA proposal has been packed into the shell of a numbered bill that has already passed the Senate (S. 1605, originally dealing with an unimportant memorial), which may simplify the procedural steps in the Senate. Even so, a round or two of legislative "ping-pong" might occur, as the Senate and House work out a few remaining issues unrelated to UAP. It is not likely that the UAP language would be altered during such any such ping pong. Congress has enacted an NDAA for the past 60 consecutive years. I think it likely that this NDAA, with its historic UAP-related provisions, will become law before Christmas.

The new negotiated NDAA text contains most, but not all, of the major components of the Gillibrand-Rubio Amendment. Senator Kirsten Gillibrand (D-NY), who sits on both the Armed Services and Intelligence committees, introduced her amendment on November 4, 2021. [I was the first person anywhere to publicly report on the Gillibrand proposal, in a lengthy analytical post on this blog at noon on November 5, 2021. Since then, I have frequently reported on legislative developments pertaining to the proposal via my Twitter account, @ddeanjohnson.] Gillibrand's amendment was quickly co-sponsored by Senator Marco Rubio (R-FL), well known in ufological circles for a number of past actions and strongly worded public statements about UAP, beginning in 2020. Senators Martin Heinrich (D-NM), Roy Blunt (R-MO), and Lindsey Graham (R-SC) also soon joined as co-sponsors.

Gillibrand's proposal built on and greatly upgraded a set of UAP-related mandates that had earlier been incorporated into the House version of the NDAA (H.R. 4350) by Congressman Ruben Gallego (D-AZ). Gallego is chairman of the House Armed Services Committee's Intelligence and Special Operations Subcommittee-- a panel that had received a classified briefing from the UAP Task Force on June 17, 2021. (My September 11, 2021 report on the groundbreaking Gallego initiative is here.) That bill sailed through the House of Representatives, without any challenge to Gallego's UAP language, on September 23, 2021.
The Pentagon this summer issued a report on UAP sightings that raised more questions than it answered. It found no solid evidence that the still-unexplained sightings were from global adversaries or … something else … but it encouraged political leaders to begin taking the issue more seriously than they traditionally have.
Not so long ago, it would have sounded like science fiction, but today it makes perfect sense that Sen. Kirsten Gillibrand, D-N.Y., is proposing creation of the Anomaly Surveillance and Resolution Office, dedicated to investigating these sightings as they occur. Gillibrand has introduced an amendment to the National Defense Authorization Act establishing the office.
“If it is technology possessed by adversaries or any other entity, we need to know. … Burying our heads in the sand is neither a strategy nor an acceptable approach,” Gillibrand told Politico last month. “I can count on one hand the number of hearings I had in 10 years on this topic. That’s fairly concerning given the experience our service members have had over the last decade.”

The idea has wide bipartisan support — a rarity these days, and an indication of how seriously this once-snicker-inducing topic is now being taken in Washington. For once, Washington is right.
READ MORE HERE
Posted by Steve Douglass at 12:52 PM No comments: