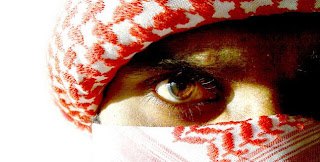 DARNA, Libya — Operating from the shadows, armed Islamist extremists are terrorizing the eastern Libyan city of Darna, six weeks after the deadly attack on the U.S. mission in Benghazi threw a spotlight on Libya’s growing religious extremism.
A campaign of bombings and death threats aimed at Libyan government targets is being blamed on armed Islamist extremists, including the city’s most powerful militia, the Abu Slim Martyrs Brigade, whose ideology residents say is akin to al-Qaeda’s
What is unfolding here may be the most extreme example of the confrontation underway across Libya, underscoring just how deeply the fundamentalists have sown their seeds in the security vacuum that has defined Libya since the fall of Moammar Gaddafi last September.
The extremists have continued to operate here despite the popular backlash that followed last month’s attack in Benghazi, 156 miles to the west, and despite fears of possible retaliation by the United States, whose unmanned drone aircraft can now be heard humming overhead almost every day.
For now, the militants appear to have taken cover in urban homes and farms in the remote Green Mountains that surround the city. But officials say the local government remains powerless to stop them, even as the extremists push their ideology just as fervently as before.
“No one will stop anyone from doing anything,” said Fathalla al-Awam, the head of the largely toothless local council, and militants are free to come and go from the city and surrounding areas as they please. “There’s no police, no army and no militias. Nothing. It’s an open city from east and west.’’
Some Libyans say the extremist views are held much more broadly than just among the Islamist militias themselves, a fact they said the United States has failed to understand in the wake of the Benghazi attack. Not all of the extremists in Darna or elsewhere in Libya belong to a group, they said. But those who share al-Qaeda’s ideology are many, they said, and that creates ample opportunity for recruitment.
“It’s a way of thinking,” said Saad Belgassim, who used to work as a bureaucrat in Darna’s now defunct court system. “They kidnap people like they do in Afghanistan. They delude young people and send them off to bomb themselves.”
In some ways, the sway that Islamists hold here is not a surprise. Neglected, conservative and desperately poor under Gaddafi, Darna stood out for its fierce Islamist resistance to the old regime — and for sending more jihadists to Iraq during the U.S. occupation than any other place in Libya.
The latest bombing here came early Thursday morning, when an explosion ripped through a building on the city’s eastern outskirts that local authorities had hoped to use to support a new security force. Often, the locals say, the target is a car belonging to an official or journalist who has dared to defy the militias. A newly appointed police chief was slain in broad daylight last March with a quick round of bullets to the back as he filled up his tank at the gas station.

READ THE REST OF THE STORY HERE
Posted by Steve Douglass at 6:33 AM No comments: