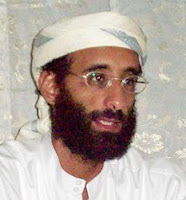 CNN) -- An American-born Muslim cleric has appeared in a video released by al Qaeda in the Arabian Peninsula.


Anwar al-Awlaki, an al Qaeda recruiter and supporter based in Yemen, is on the United States' list of al Qaeda leaders targeted for capture or assassination. He has appeared in other videos but has never before been featured in an official video by AQAP, al Qaeda's affiliate in Yemen.
It is not clear from the video when it was recorded.
In the video released to media outlets, al-Awlaki said the goal of the U.S. military in Afghanistan and Iraq is to get Muslims to fight each other by blaming market bombings on Islamic militants.

According to al-Awlaki, Gen. David Petraeus, the head of U.S. Central Command, came up with the strategy.

Al-Awlaki also blamed the U.S. military for an airstrike in December that killed about 30 suspected al Qaeda militants in a district in the Shabwa governorate. The state news agency SABA credited Yemeni forces with the strike at the time of the attack.
In January, a top Yemen government official said al-Awlaki met with Umar Farouk AbdulMutallab, who has been charged in a botched attempt to blow up a Northwest Airlines passenger jet en route from Amsterdam, Netherlands, to Detroit, Michigan, on Christmas Day. The attempt to ignite explosives hidden in AbdulMutallab's underwear failed to bring down the plane.

Some video obtained by news outlets appears to show AbdulMutallab taking part in militia training in Yemen with AQAP.

The group includes terrorist operatives in Yemen and Saudi Arabia.
In a video first aired on ABC News, a man identified as AbdulMutallab is shown training in the desert with several other armed men. The men are shown firing at flags bearing the insignia of the Union Jack, the Star of David and the United Nations.

Later in the video, the man identified as AbdulMutallab delivers a "martyrdom" statement -- messages that would-be suicide bombers record before carrying out their missions.
The man begins by reading a verse from the Quran: "O ye who believe! Take not the Jews and the Christians for your friends and protectors: They are but friends and protectors to each other. And he amongst you that turns to them (for friendship) is of them. Verily God guideth not a people unjust."

Al-Awlaki also has claimed a connection to the U.S. Army psychiatrist accused of fatally shooting 13 people at the Fort Hood, Texas, military base last year. Maj. Nidal Malik Hasan communicated with the radical Islamic cleric via e-mail for about a year before he went on a shooting rampage that also wounded 40 on November 5, the cleric told Aljazeera.net in late December.
Hasan, a U.S.-born citizen of Palestinian descent, has been charged with 13 counts of premeditated murder, making him eligible for the death penalty.
Posted by Steve Douglass at 7:28 AM No comments: