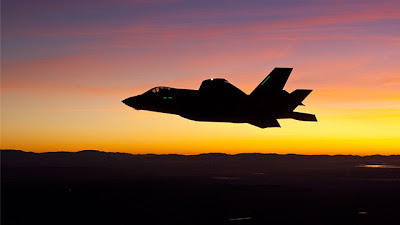 The U.S. Air Force has begun reducing the number of bases at which it plans to eventually house the new F-35 in an attempt to reduce the estimated life-cycle cost of the single-engine, stealthy fighter.

Last year, the Pentagon disclosed an estimate of more than $1 trillion to operate the fighter for the next 50 years, raising significant concern from customers, including the U.S. Navy and Air Force. Since then, the services have been working to refine their plans to operate the jet in hopes of curbing operations and sustainment (O&S) cost.

Air Force Chief of Staff Gen. Norton Schwartz says the original cost estimate contained more than 40 operating locations for the F-35A, and “We are pressing down on that. We are in the low 30s now.”

Schwartz adds that the initial cost estimate is “of limited value” because it projected so far out into the future – 50 years. Typical cost estimates of this type span fewer years, he notes.

Fewer operating locations could dovetail with the service’s request to conduct new rounds of base closures with a hope of reducing as much as 20% of excess infrastructure being operated by the Air Force.

Meanwhile, Schwartz notes that the service is reviewing its O&S costs with a eye toward cutting costs across its sustainment activities. Contractor Logistics Support (CLS) — when a company is called upon to manage maintenance of a weapon system — is being looked at because it is often very costly. “The model for the F-35 is now largely CLS,” Schwartz says. “That may change.”

Meanwhile, Schwartz says the first F-35A flight at Eglin AFB, Fla., is slated for next week. This is a milestone for the program as nine F-35s have been at the base on the ground awaiting clearance to fly. That clearance was issued by the Air Force Aeronautical Systems Center on Feb. 28. Officials there said there were limitations to the flight profile but cited operational security as a reason for not articulating what they are.

READ THE REST OF THE STORY AT AVWK
Posted by Steve Douglass at 8:07 AM No comments: