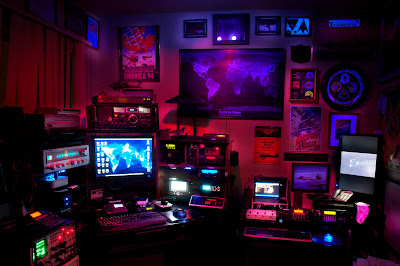 767 makes belly landing - everyone walks away. 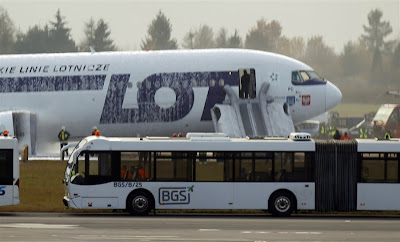 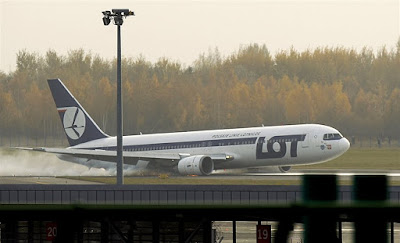 All the passengers on the flight, from New Jersey's Newark airport to Warsaw, are safe and uninjured, she told CNN.

The LOT Polish Airlines flight, which had been due to land at 1:35 local time, circled above the airport for an hour before coming down in a belly landing at 2:40, she said.

There were 230 people aboard the flight, Poland's TVN broadcaster said.
Posted by Steve Douglass at 7:55 AM No comments: