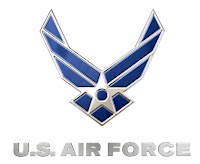 A U.S. AIR Force B-2 Spirit bomber is towed to a parking spot Feb. 12 at Hickam Air Force Base, Hawaii. The 30-year Air Force plan calls for development of a new long-range strike aircraft by 2020. (TECH. SGT. SHANE A. CUOMO / U.S. AIR FORCE)
Mandated by Congress, the "Aircraft Investment Plan" maps out how many planes the Air Force, U.S. Marine Corps and U.S. Navy plan to buy through 2020 and sets goals for 2021-2040. It does not include helicopters.

By aircraft, what the report foresees for the Air Force:

COMBAT
■ Bomber: The Air Force could spend $2 billion to $4 billion a year to develop a new long-range strike aircraft by 2020.

Whether the plane will have a pilot onboard or will fly at supersonic speeds is undecided. The report says: "A study is underway to identify the right mix of manned and unmanned technologies … and to determine the right balance between range, payload, speed, stealth, and onboard sensors."

Until the new bomber arrives, the Air Force will keep about 160 B-52 Stratofortresses, B-1B Lancers and B-2 Spirit bombers.

■ F-22 Raptor: The service will spend $1.9 billion to upgrade its 180 fighter jets with improved communications and avionics gear. Retirement of the Raptors could begin in 2025.

■ MQ-9 Reapers: Forecasts call for the service to buy 372 of the attack and reconnaissance unmanned aerial vehicles from 2011 through 2018. The price tag: about $820 million. Later models will have an electronic warfare capability.

■ RQ-4 Global Hawks: Four to five remote-controlled jets will arrive each year through 2017. There is no projection for later years.

The report did not offer an overall cost for the RQ-4s; for 2011, the Air Force wants $737 million for four Global Hawks, their payloads and logistics support.

■ Intra-theater airlift: The Air Force should continue to buy C-130J Hercules to replace older C-130 E and H models. The study projects buying 63 C-130Js through 2020 for about $6 billion.

■ Strategic airlift: The service wants to maintain an fleet of 314 large cargo planes, a mix of 223 C-17s and 91 C-5s. The report recommends the Air Force begin development of a new cargo jet starting in 2015.

E-mail: brolfsen@militarytimes.com
Posted by Steve Douglass at 6:58 AM No comments: 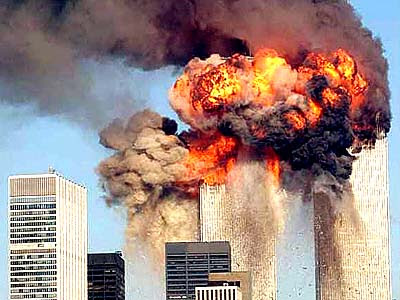 CNN) -- Two days before his official trip to Afghanistan, Iranian President Mahmoud Ahmadinejad called the terrorist attacks of September 11, 2001, a "big lie" intended to pave the way for the invasion of a war-torn nation, according to Iranian state media.
Ahmadinejad, known for his harsh rhetoric toward the West and Israel, said the attack on U.S. soil was a "scenario and a sophisticated intelligence measure," Iran's state-run Press TV reported Saturday.

The assault was a "big lie intended to serve as a pretext for fighting terrorism and setting the grounds for sending troops to Afghanistan," Press TV reported Ahmadinejad as saying.
It's not the first time Ahmadinejad has denied a historical tragedy. In the past, he has denied the existence of the Holocaust, which claimed the lives of some 6 million Jews during World War II, and suggested Israel should be "wiped off the map."

"Today," he said Saturday, "with blessings from the Almighty, the capitalist system, founded by the Zionists, has also reached an end," Press TV quoted Ahmadinejad.
Ahmadinejad's comments Saturday came just two days before his visit to Afghanistan to meet with Afghan President Hamid

Karzai, according to the semi-official Iranian Labour News Agency (ILNA).
Ahmadinejad has blamed the "problems in its eastern neighbor" on foreign troops there, ILNA reported Sunday.
The one-day trip is the first for both leaders since their re-election, ILNA reported. Ahmadinejad's re-election last summer prompted thousands to take to the streets of Tehran in protest.
Posted by Steve Douglass at 6:51 AM No comments: