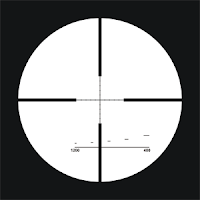 The FBI and the Department of Homeland Security have alerted law enforcement about a terrorist "hit list" that was posted on a jihadi web site and names 40 prominent figures from government, the U.S. military and the media who should be attacked.

Among the names on the hit list, which includes photographs of the targets and biographical information, are a member of Congress, Pentagon officials, a conservative pundit, executives of an American company involved in the production of drone aircraft, and two prominent French executives.

According to a bulletin circulated by the FBI, the hit list appeared on the website Ansar al-Mujahideen after one poster highlighted Al Qaeda leader Adam Gadahn's call in a June 3 message for lone wolf attacks on American public figures and corporate institutions. "In response to the original posting," says the U.S. government's intelligence bulletin, "other forum members posted the names of over 40 heads of government, industry and media as potential targets." One forum member suggested that booby-trapped parcels be sent to the home addresses of those on the list.

"Though there has been an increase in postings on extremist web forums since [Osama bin Laden's] death on 2 May 2011, these examples are the most target specific threat postings in the forum since that date," says the bulletin. The depth and breadth of the list provided . . . represent a familiarity with defense and intelligence contractors and private sector support."

An FBI official who reviewed the notice said the threats were mostly aspirational and described the item as a "wish list" of targets. DHS and the FBI circulated the notice to law enforcement out of an abundance of caution because posters on the website were making threats on a publicly available forum.

In a statement DHS spokesman Chris Ortman said, "A DHS Open Source Information Report about an online posting by a user of an Arabic-language violent jihadist forum, which listed specific individuals and businesses that the user believed were legitimate targets, was disseminated by the Office of Intelligence & Analysis."

"While we have no information of any imminent terrorist threat to the United States or any U.S. persons, as always, we urge federal, state and local law enforcement, as well as the general public, to maintain increased vigilance for indications of preoperational or suspicious activity," said Ortman.
Posted by Steve Douglass at 6:11 AM No comments: