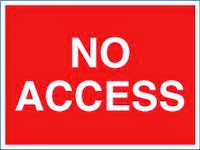 The longest war in U.S. history has come to an end with the departure of the last American military flight out of Afghanistan almost 20 years after troops first arrived in the country.

The last C-17 left the Hamid Karzai International Airport at 3:29 p.m. ET and cleared Afghanistan's airspace just under the Biden administration’s Aug. 31 deadline to remove all U.S. forces from the country, McKenzie said.

"I’m here to announce the completion of our withdrawal from Afghanistan and the end of the mission to evacuate American citizens, third-country nationals and vulnerable Afghans," McKenzie said.

"Every single U.S. service member is now out of Afghanistan," he later added.

McKenzie could not say how many people were aboard the aircraft or where it was headed, as it is still in flight, but he confirmed that 82nd Airborne Division head Maj. Gen. Christopher Donahue and Ambassador Ross Wilson were on board and “were in fact the last people to stand on the ground, step on the airplane.”

The flight also carried the last remaining U.S. troops and the core diplomatic staff of the U.S. Embassy in Kabul.

But there are still several hundred Americans in Afghanistan who were unable to reach the airport, along with thousands of Afghans who assisted the U.S. military during the war effort.

McKenzie said no American civilians were on the last five flights to leave.

“We maintained the ability to bring them in up until immediately before departure, but we were not able to bring any Americans out. That activity ended probably about 12 hours before our exit. ...  None of them made it to the airport,” he added.

But he maintained that even if the Biden administration had extended the deadline, “we wouldn’t have gotten everybody out that we wanted to get out and there still would’ve been people who would’ve been disappointed with that. It’s a tough situation.”

McKenzie also said the United States will continue the diplomatic evacuation mission to recover those Americans and vulnerable Afghans.

“I want to emphasize again that simply because we have left that doesn’t mean the opportunities for both Americans that are in Afghanistan who want to leave and Afghans who want to leave. They will not be denied that opportunity,” McKenzie added.

McKenzie also said the United States will continue the diplomatic evacuation mission to recover those Americans and vulnerable Afghans.

“While the military evacuation is complete, the diplomatic mission to ensure additional U.S. citizens and eligible Afghans who want to leave continues,” he said.

“Tonight's withdrawal signifies both the end of the military component of the evacuation but also the end of the nearly 20-year mission that began in Afghanistan shortly after Sept. 11, 2001. It's a mission that brought Osama bin Laden to a just end, along with many of his al Qaeda co-conspirators," McKenzie added.

"And it was not a cheap mission. The cost was 2,461 U.S. service members and civilians killed and more than 20,000 who were injured. Sadly, that includes 13 service members who were killed last week by an ISIS-K suicide bomber. We honor their sacrifice today as we remember their heroic accomplishments,” he said.

McKenzie said the final days of the withdrawal, beginning from Aug. 14, was the “largest non-combatant evacuation” in the U.S. military’s history.

In those 18 days, American forces evacuated 79,000 civilians from the airport, including 6,000 Americans and more than 73,000 Special Immigrant Visa holders, consular staff, at-risk Afghans and their families, McKenzie said

Since the end of July, more than 123,000 civilians have been evacuated.

McKenzie laid out the final hours U.S. troops were in the country, noting that the military destroyed or removed remaining equipment. 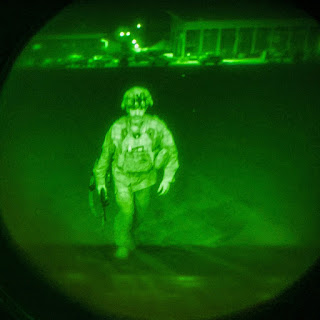 Forces kept a counter rocket, artillery, and mortar (C-RAM) system in place “up until the very last minute” to protect against any rocket attacks before they “demilitarized those systems so that they’ll never be used again.”

In addition, troops made unusable up to 70 Mine-Resistant Ambush Protected vehicles, 27 Humvees and 73 aircraft.

McKenzie said the Taliban were “very pragmatic and very businesslike” during the withdrawal and that Donahue spoke to the Taliban commander before leaving to coordinate “but there was no discussion” of turning over the airfield.

Posted by Steve Douglass at 3:41 PM No comments: