Wkileaks surprised by extent of spying 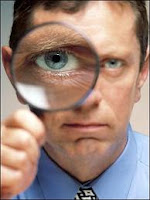 CNN) -- Secrets-busting website WikiLeaks, which began publishing a giant trove of confidential U.S. government papers on Sunday, didn't expect the papers to reveal as much espionage as they apparently do, a spokesman said Monday.

"I was surprised at (the) extent of the spying," Kristinn Hrafnsson told CNN.
WikiLeaks claims it has 251,288 cables sent by American diplomats between the end of 1966 and February 2010, which it will release piecemeal over the course of weeks or months, Hrafnsson said.

Among the revelations in the papers are allegations that:
--Saudi King Abdullah urged the United States to attack Iran to halt its nuclear program, warning that if Tehran went nuclear, other countries in the region would, too
--The United States keeps bombers ready to strike al Qaeda targets in Yemen if "actionable intelligence becomes available"
--The U.S. ambassador to Zimbabwe predicted in July 2007 that President Robert Mugabe would soon be out of power, saying, "The End is Nigh." Mugabe remains president to this day, although he is now in a power-sharing agreement with the former opposition.

The leaked papers also include what seems to be an order from U.S. Secretary of State Hillary Clinton to American diplomats to engage in intelligence-gathering.
WikiLeaks: Public has 'right to know' WikiLeaks holds back -- some New leaks in 'public's interest'

Clinton directed her envoys at embassies around the world to collect information ranging from basic biographical data on diplomats to their frequent flyer and credit card numbers, and even "biometric information on ranking North Korean diplomats."
Typical biometric information includes fingerprints, signatures, and iris recognition data.
The cable, simply signed 'CLINTON,' is classified S/NF -- or 'Secret/No Foreign' -- and was sent to 33 embassies and the U.N. mission offices in New York, Vienna, and Rome.
"Is it a natural part of diplomatic activity to have diplomats collecting biometric data?" WikiLeaks spokesman Hrafnsson asked Monday, calling it "a contravention of how diplomats are supposed to conduct business."

The State Department denied its diplomats were spies.
"Contrary to some Wikileaks' reporting, our diplomats are diplomats. They are not intelligence assets," State Department spokesman P.J. Crowley said on Twitter.
He further downplayed the cable's significance by writing in a separate tweet: "Diplomats collect information that shapes our policies and actions. Diplomats for all nations do the same thing."
WikiLeaks spokesman Hrafnsson denied that Sunday's release of papers harms United States security.

"Secret" is not the highest level of classification, Hrafnsson pointed out. WikiLeaks does not have any top secret documents, he added.
More than half are unclassified, he said.
Posted by Steve Douglass at 7:57 AM No comments: 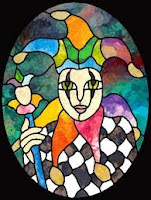 (CNN) -- A computer hacker who calls himself "The Jester" claimed responsibility for the cyber attack which took down the WikiLeaks site Sunday, shortly before it started posting hundreds of thousands of classified U.S. diplomatic cables.

The Jester, who describes himself as a "hacktivist for good," said he took the controversial site down "for attempting to endanger the lives of our troops, 'other assets' & foreign relations."
He normally attacks Islamist websites, announcing "TANGO DOWN" on his Twitter account when claiming to have attacked a site. "Tango Down" is Special Forces jargon for having eliminated a terrorist.

Over the past few days, the Jester has targeted a handful of websites for reasons including "online incitement to cause young Muslims to carry out acts of violent jihad," "distributing jihadist instructional materials," and "for the online radicalization of young Muslims in US and Europe."
WikiLeaks holds back -- some New leaks in 'public's interest' What is WikiLeaks? WikiLeaks: Public has 'right to know'

The Jester describes himself as "an ex-soldier with a rather famous unit, country purposely not specified."

"I was involved with supporting Special Forces, I have served in (and around) Afghanistan amongst other places," he told the website threatchaos.com early this year.
WikiLeaks said in September that it had prepared an unspecified "insurance policy" against its site being taken down.

"This annoyed me... so I got busy," the Jester wrote on his blog in September.
Cyber security expert Mikko Hypponen of F-Secure believes the Jester was really behind the hack, he told CNN.

WikiLeaks was down for several hours Sunday, spokesman Kristinn Hrafnsson said Monday.
He said he did not know who was behind it, and he seemed surprised when CNN told him an anti-Islamist hacker was taking credit.

The hacker did not immediately respond to CNN requests for comment. WikiLeaks posted that it was under attack at about 11 a.m. ET Sunday, not long before its latest and largest leak.

The site seemed to be running normally as of early Monday morning.
Posted by Steve Douglass at 7:49 AM No comments: