Are Ukranian Spec Ops forces causing havoc in Russia? Two fires near Moscow at strategic facilities may be an indicator. 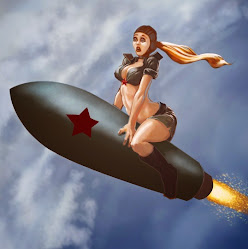 (Reuters/various sources ) - Six people were killed on Thursday after a blaze broke out at a defense research institute in the Russian city of Tver about 160 km (100 miles) northwest of Moscow, Russian news agencies quoted local authorities as saying.

The authorities said 27 people had been injured. TASS news agency reported, citing emergency services, that at least 10 people were missing.

Footage from the scene circulating on Russian social media showed thick smoke and flames billowing from the institute's windows. There was no official word on what caused the fire.

The institute is engaged in aerospace research, including on a unified air defense system for the CIS bloc of former Soviet republics, according to the Russian defense ministry's website.
Just hours later a blaze broke out at Russia's largest chemical plant east of Moscow.
Huge plumes of smoke were seen enveloping the Dmitrievsky Chemical Plant late this afternoon.
The cause of the fire remains unknown. Almost 150 plant workers were reportedly evacuated.
The facility in Kineshma, east of Moscow produces more industrial solvents than any other in Russia.

It is less than 1,000km from the border with Ukraine.

'We are beginning to see a pattern develop.'

The Dmitrievsky blaze follows a deadly fire around lunchtime at a top secret Ministry of Defence research facility in Tver, west of the Russian capital.
Posted by Steve Douglass at 12:38 PM No comments: