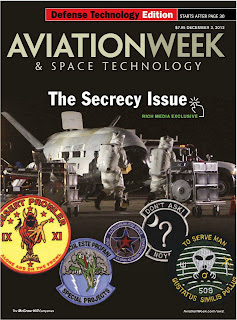 Posted by Steve Douglass at 8:53 PM No comments: 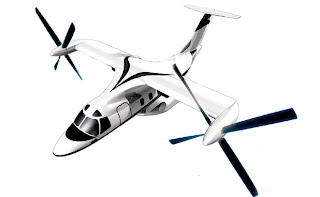 Europe is drawing up plans to build ground and flight demonstrators for commercial and regional aircraft, a compound helicopter and tiltrotor under a civil-aviation research program that will run from 2014-20.
The €3.6 billion ($4.7 billion) Clean Sky 2 program, funded 50:50 by government and industry, is being proposed as a follow-on to the €1.6 billion Clean Sky technology initiative now underway.

But the final scale of the new effort will depend on the outcome of negotiations over funding for the European Union's Horizon 2020 research and innovation program, which has a projected budget of around €80 billion.

Clean Sky 2 will have two major aims. One is to take technologies developed under Clean Sky to a higher level of system maturity through more-integrated demonstrators, with the aim of meeting the environmental targets set by European industry in its Vision 2020. The other is to begin work on technologies needed to meet the more challenging longer-term objectives outlined by industry in its Flightpath 2050.

“We need to achieve the full Vision 2020 targets and start a new wave of technologies moving toward the Flightpath 2050 goals,” says Eric Dautriat, executive director of Clean Sky. “We need to go beyond the 2020 goals, to an intermediate step of 2030-35, and it needs to be started now.”

Launched in 2008, Clean Sky runs to 2017 and includes six integrated technology demonstrators for commercial and regional aircraft, business jets, rotorcraft and engines. Advances being developed under Clean Sky are projected to reduce aviation CO2 emissions by about 30%, against the Vision 2020 goal of 50% to 40% from technologies and 10% from air traffic management.

“There remains another 10% to reach the full Vision 2020,” says Dautriat. “In Clean Sky 2 we need to increase the maturity of technologies and increase the CO2 savings in parallel.” Where Clean Sky is “clearly focused on the environment,” Clean Sky 2's objectives will be “more than just environmental,” he says. The new research program will fit within the “smart and green transport” pillar of the EC's Horizon 2020, which has as targets the environment, mobility and competitiveness.

Whereas Clean Sky is aimed at increasing technology readiness levels (TRL) across a broad front, Clean Sky 2 will be focused on raising the readiness level of systems incorporating the new technologies. “We want to move to the maturity of the system rather than TRL only,” he says. “So we intend to deliver more highly integrated demonstrators than in Clean Sky.”

READ MORE HERE AT AVWK
Posted by Steve Douglass at 7:56 AM No comments: 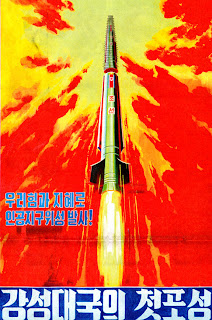 BBC: North Korea has begun installing a rocket at its Sohae launch pad ahead of a planned launch this month, South Korea's Yonhap news agency reports.

The North's state news media say the launch is an attempt to put an observation satellite into space, between 10 and 22 December.

It is expected to take scientists several days to assemble the three-stage rocket at the Sohae station.

The US and its allies say it is a cover for long-range missile technology.

Ambassadors from China, the US, Russia and Japan met South Korean officials in Seoul on Monday to discuss the situation.

Korean Air is planning to reroute flights over the Yellow Sea to avoid possible collisions with rocket debris, according to the Associated Press.

North Korea announced plans to a launch the rocket despite concern expressed by its main ally, China.

In a statement on Sunday, a Chinese foreign ministry spokesman said the country hoped that "all relevant parties will do that which benefits peace and stability on the Korean Peninsula" and that "all sides will respond calmly and avoid exacerbating the situation".

China acknowledged North Korea's right to the peaceful use of outer space, but said it should abide by a UN ban on ballistic missile tests.Flight path

Yonhap quoted an unnamed South Korean government source as saying: "North Korea installed the first-stage rocket onto the launch pad. That means North Korea is starting its process of launching a long-range missile."

The agency added: "It will take three or four days for North Korea to erect all three stages of the long-range rocket, South Korean intelligence and military officials say."

The BBC's Lucy Williamson, in Seoul, says North Korea's state media have described the rocket launch as being for peaceful purposes, with the aim of putting a polar-orbiting earth observation satellite into space.

But Japan has begun deploying a surface-to-air missile defence system to the southern island of Okinawa and is putting its armed forces on stand-by in response to the plan, officials confirmed on Monday.

Russia, too, has warned that the rocket launch would violate UN Security Council restrictions which prevent the country from conducting missile or nuclear-related activities.

"We urgently appeal to the government [of North Korea] to reconsider the decision to launch a rocket," Russia's foreign ministry said in a statement, according to Reuters.

A senior government source said the Russian military was ready to intercept the rocket if it deviated from its trajectory, Russian state media reports.

South Korea is preparing for a presidential election scheduled for 19 December.

North Korea has notified its neighbours of the planned flight path, telling them it will follow a similar route to that of the most recent rocket launch, in April, which failed.

The rocket, of the same Unha-3 variety, was supposed to pass over seas between China and the Korean Peninsula where the first stage of the rocket would fall into the sea, then to move over Okinawa.

The second stage was due to fall in seas off the coast of the Philippines.

"Unha" is Korean for "galaxy", and is the name given by North Korea to the space launcher version of its Taepodong-2 missile, which has an estimated range of 2,200km (1,300 miles). The missile has not yet been successfully tested.
Posted by Steve Douglass at 7:50 AM No comments: