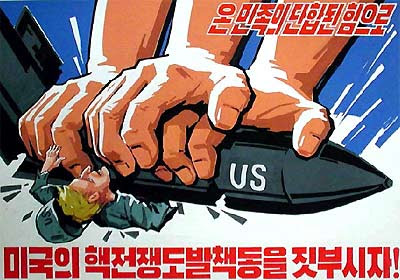 Seoul, South Korea (CNN) -- Just hours after the United States warned that North Korea would achieve nothing with threats or provocations, Pyongyang moved a long-range rocket it plans to test fire to a launch pad Monday, a South Korean defense ministry official said.

The news broke at the start of a two-day nuclear summit in Seoul that is bringing together leaders from the United States, Russia, China and dozens of other nations to discuss how to deal with nuclear terrorism and how to secure the world's nuclear material.

But North Korea's announcement that it plans to carry out a rocket-powered satellite launch in mid-April is overshadowing a message of international cooperation for the summit.

South Korea has said it considers the satellite launch an attempt to develop a nuclear-armed missile, while U.S. President Barack Obama said Monday such a launch would bring repercussions.

"Here in Korea, I want to speak directly to the leadership in Pyongyang. The United States has no hostile intent toward your country," Obama said during a speech to students at Seoul's Hankuk University of Foreign Studies.

"But by now it should be clear, your provocations and pursuit of nuclear weapons have not achieved the security you seek. They have undermined it."

If the rocket is launched, South Korea is prepared to "track its trajectory," said the defense ministry official, who did not want to be named.

"There are concerns that parts of the rocket may fall within South Korean territory," he said. "If that were to happen it would threaten lives and cause damage to the economy. To guard against that, they (the military) will be tracking the orbit."
The official did not say what steps South Korea would be forced to take if it determined the rocket was falling within its territory.

The rocket was moved to a launch pad in the northeastern portion of Dongchang-ri, a village in northwest North Korea, the official said.

North Korea says it has a right to a peaceful space program and has invited international space experts and journalists to witness the launch. Prior to Obama's speech, Pyongyang said it will see any critical statement of its nuclear program as "a declaration of war."

Using ballistic missile technology is in violation of U.N. Security Council Resolution 1874 and against a deal struck with the United States earlier this month that it would not carry out nuclear or missile tests in return for food aid.
"There will be no rewards for provocations. Those days are over," Obama said in his speech. "To the leaders of Pyongyang I say, this is the choice before you. This is the decision that you must make. Today we say, Pyongyang, have the courage to pursue peace and give a better life to the people of North Korea."

The U.N. nuclear watchdog agency's director general, Yukiya Amano, said that the U.S.-North Korea deal is "not over" despite Pyongyang's plans to test fire a rocket.
"We have established contact at a working level, and they are keeping contact with the North Korean mission in Vienna," Amano said. "Nothing has been decided yet." 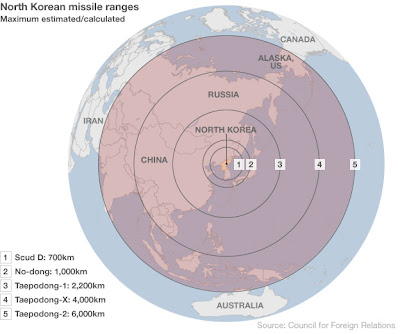 Posted by Steve Douglass at 8:18 AM No comments: