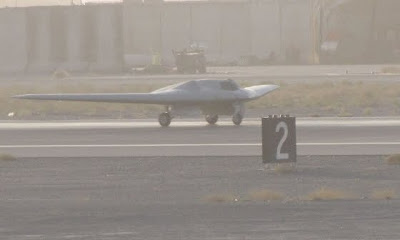 The killing of Osama bin Laden reportedly included a starring role for the Lockheed Martin RQ-170 Sentinel -- the stealth unmanned aircraft system (UAS) acknowledged to exist by the US Air Force on 16 months ago.

The National Journal's Marc Ambinder got the scoop about 1am this morning, when he tweeted: "US Joint Special Operations Command SMU -- from DEVGRU (Navy SEALs), did the shooting. RQ-170 drone overhead. JSOC spotters on ground."

In confirmed, this would be the first operation directly linked to the secretive RQ-170. Although the USAF has acknowledged its existence, it has never released an official photo. The UAS has been glimpsed only through a series of photos released by spotters around the US airfield at Kandahar, Afghanistan.

RELATED LINK
Posted by Steve Douglass at 9:43 PM No comments:

By W.J. Hennigan, Los Angeles Times
May 4, 2011
A sleek, delta-winged robotic jet took to the skies for the first time above the Mojave Desert at Edwards Air Force Base.

The Phantom Ray, which resembles a giant boomerang, is being developed by the Chicago company for a variety of missions. Its stealthy design could enable it to slip behind enemy lines to knock out radar installations, clearing the way for fighters and bombers.

Unlike existing combat drones that are controlled remotely by a human pilot, the Phantom Ray could carry out a mission controlled almost entirely by a computer. A human pilot sitting miles away designs a flight path and sends it on its way, and a computer program guides it to the target and back.

"The first flight moves us farther into the next phase of unmanned aircraft," Craig Brown, Boeing's Phantom Ray program manager, said in a statement. "Autonomous, fighter-sized unmanned aircraft are real, and the … bar has been raised."

READ THE FULL STORY AT THE LOS ANGELES TIMES
Posted by Steve Douglass at 6:50 PM No comments:

Posted by Steve Douglass at 2:55 PM No comments: 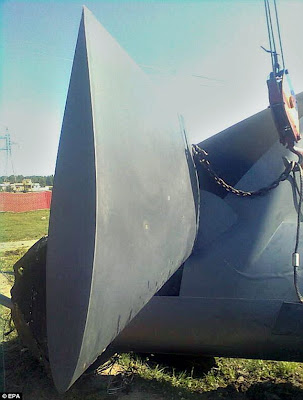 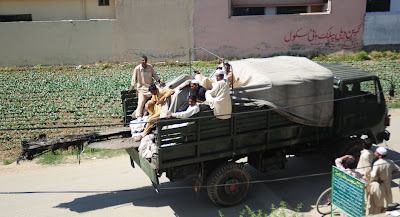 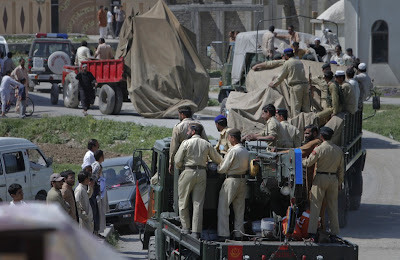 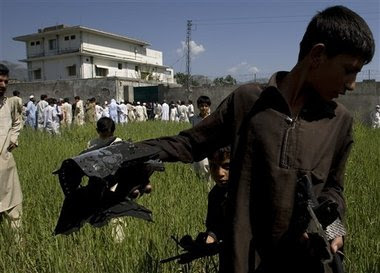 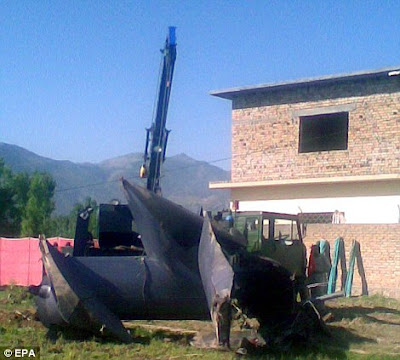 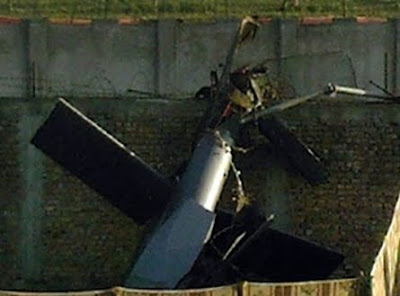 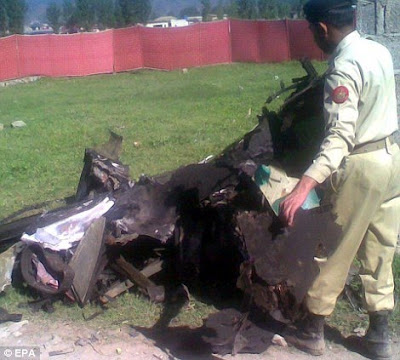 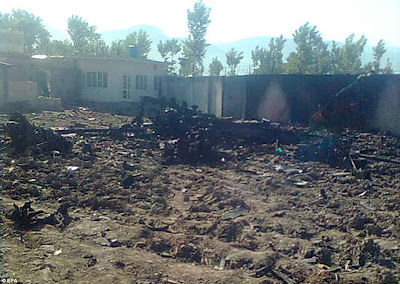 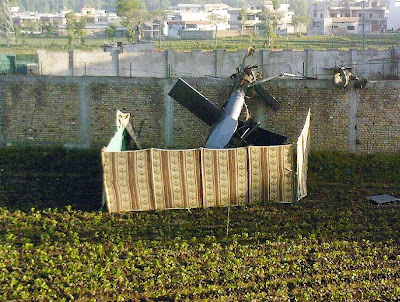 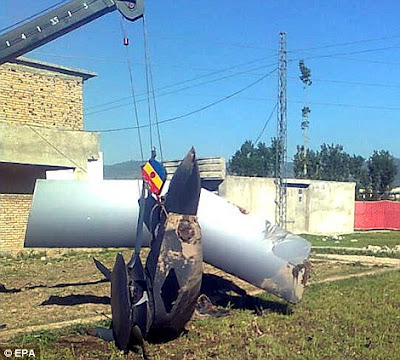 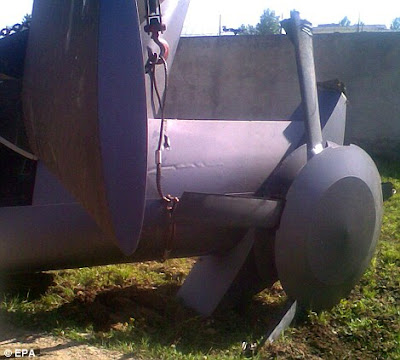 A previously undisclosed, classified stealth helicopter apparently was part of the U.S. task force that killed Osama bin Laden in Pakistan on May 1.

The exact type of helicopter is unknown but it appears to be a highly modified version of an H-60 Blackhawk. Photos disseminated via the European PressPhoto agency and attributed to an anonymous stringer show that the helicopter’s tail features stealth-configured shapes on the boom and the tail rotor hub fairings, swept stabilizers and a “dishpan” cover over a five-or-six-blade tail rotor. It has a silver-loaded infrared suppression finish similar to that seen on V-22s.

"Stealthy V-22" photographed in Amarillo by Steve Douglass. Note the silver finish - very much like the F-22 Raptor: 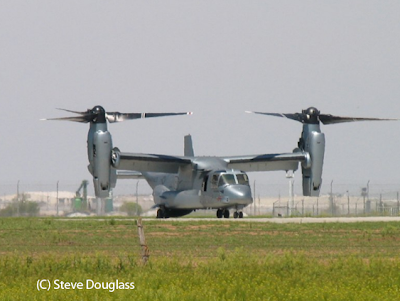 READ ABOUT THE INTERCEPTORS CLUB HERE!

Posted by Steve Douglass at 11:47 AM No comments:

(Bloomberg) -- Now that Osama bin Laden is dead, the Obama administration may need to prove it by showing photos of the world's most infamous terrorist after he was shot in the head.

"They need to release some verifiable information that it was bin Laden," said Brian Katulis, a Middle East and South Asia scholar at the Center for American Progress in Washington who visited Pakistan in February. "You won't convince everybody, but you need to marginalize the conspiracy theorists."

President Barack Obama is weighing whether to release a photo of bin Laden's body, which U.S. forces identified through photo comparisons, DNA, and other means. Bin Laden's body, weighted down, was released into the Arabian Sea following an Islamic funeral ritual performed aboard a ship by U.S. military officers, according to the administration.

"We may release photos, yes," John Brennan, Obama's top counterterrorism adviser, said today in an interview with National Public Radio. While he said no one doubts bin Laden is dead, "I know there are some people who are interested in having that visual proof."

Carl Levin, the Michigan Democrat who leads the Senate Armed Services Committee, said photos of bin Laden "should be released" at some point, though a release may be delayed to let reaction to the killing "cool down."

A release of photos may be needed "to quell any doubts that this somehow is a ruse that the American government has carried out," said Joseph Lieberman, a Connecticut independent and chairman of the Senate Homeland Security and Governmental Affairs Committee.

Maine Senator Susan Collins, the panel's senior Republican, said she agreed that the release of photos or DNA evidence may be needed to counter "those who will try to generate this myth that he's alive and that we missed him somehow."

Former Secretary of State Colin Powell said releasing photos of bin Laden may do little to convince al-Qaeda sympathizers that the U.S. is being truthful.

"Even if you show the picture, there'll be skeptics," Powell said on CNN. Asked if he would recommend releasing photos, Powell said, "I'll leave that up to the administration to decide. I don't need to see it. He's dead."

Read more: HERE
Posted by Steve Douglass at 6:41 AM No comments: