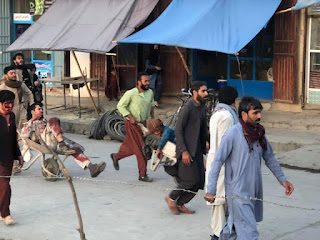 Washington — The Pentagon confirmed Thursday morning that an explosion occurred outside Hamid Karzai International Airport in Kabul, where the U.S. military has been working to evacuate scores of American citizens and at-risk Afghans from the country ahead of President Biden's August 31 deadline to complete the withdrawal of American forces from Afghanistan.

Pentagon press secretary John Kirby said on Twitter that casualties from the blast are "unclear at this time," and the Defense Department "will provide additional details when we can."

A White House official told CBS News that Mr. Biden has been briefed on the explosion.

As the U.S. rushes to evacuate U.S. citizens and Afghans who helped American troops during the 20-year war in Afghanistan, as well as those at risk from the Taliban, out of Kabul, Mr. Biden has warned of growing risk to American and allied forces on the ground with each day that passes.

The U.S. and Britain warned citizens not to go to Kabul's airport because of a terror threat outside the facility's gates. On Wednesday evening, the U.S. Embassy in the capital alerted U.S. citizens to avoid traveling to the airport and said those at three different gates "should leave immediately." 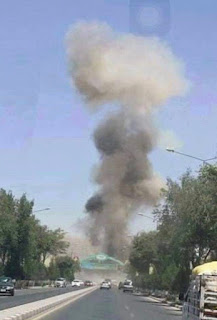 Mr. Biden spoke earlier this week of an ongoing threat posed by the ISIS affiliate in Afghanistan, ISIS Khorasan, or ISIS-K.

As of Thursday morning, the U.S. has evacuated 95,700 people out of Kabul since August 14, the White House said. Roughly 13,400 were flown out of the country on U.S. military and coalition flights during a 24-hour span beginning early Wednesday morning.

Secretary of State Antony Blinken said Wednesday that 4,500 U.S. citizens and their immediate families have been shuttled out of Afghanistan in the last 10 days, and the State Department believes as many as 1,500 Americans are still in the country.

This is a developing situation, check back later for more details.

UPDATE WSJ:
A bombing targeting the convoy of Afghanistan’s first vice president killed at least 10 people in the country’s capital, an indication of the high stakes in the U.S.-backed talks between Kabul and the Taliban to end nearly two decades of fighting.

A bomb placed in a wheelbarrow detonated near Amrullah Saleh’s convoy in Kabul early Wednesday, Interior Ministry spokesman Tariq Arian said. Mr. Saleh suffered minor injuries in an attack that also wounded more than 15 people, including several of his bodyguards, according to the ministry.

Hours after the bombing, Mr. Saleh appeared in a video message from his office with a bandage on his left hand.

“Our fight continues and I am in the service of people of Afghanistan,” he said.

No one claimed responsibility for the bombing. The Taliban quickly denied any involvement, but the Interior Ministry said the explosives were similar to ones used in previous attacks by the Haqqani wing of the insurgent group. 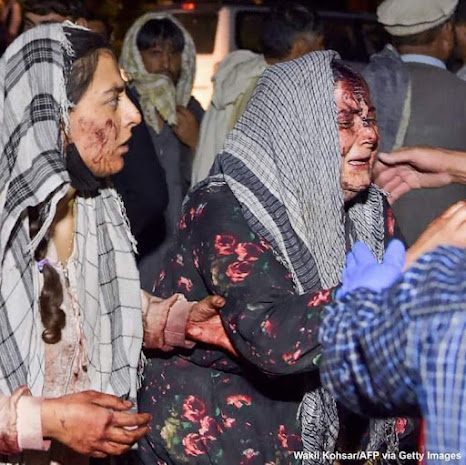 UPDATE: ISIS has claimed responsibility for the Kabul bombings,
@charliecbs
reports He says the many checkpoint that were in Kabul airport under the Afghan government's control have been eliminated, opening the door for chaos: "You can't depend on the Taliban to provide security"

Posted by Steve Douglass at 7:36 AM No comments: