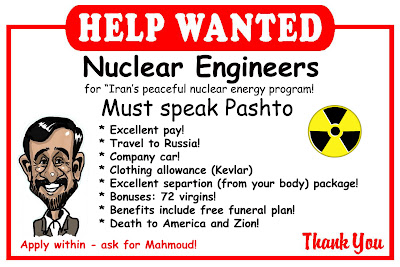 (CNN) -- A blast in a Tehran neighborhood reportedly killed a nuclear scientist Wednesday morning, the latest in a string of attacks against such scientists in the country that Iran has blamed on Israel.
A motorcyclist placed a magnetic bomb under Mostafa Ahmadi Roshan's Peugeot 405, the country's IRNA news agency said.

The blast wounded two others who were passengers in the car, the news agency said.
Roshan worked at Natanz uranium enrichment facility in Isfahan province, according to another news agency, Fars.

Natanz, which is said to have 8,000 centrifuges in operation, is one of two facilities that are enriching uranium in the country. This week, the United Nations' nuclear watchdog agency identified the second in the mountains of Qom province.
The Wednesday attack followed a similar mode of operation as others that have killed nuclear scientists in the capital city.

On January 12, 2010, Iranian university professor and nuclear scientist Massoud Ali Mohammadi was killed in a blast when an assailant stuck a bomb under his car. Officials later arrested a person in connection with that incident.

In November 2010, nuclear scientist Majid Shahriari was killed in a blast where, again, a bomb was stuck under a car by someone on a motorcycle.

"The bomb used in the (Wednesday) explosion was a magnetic bomb, the same kind that were used in previous assassinations of Iranian scientists. And the fact is that this is the work of the Zionists," Fars news agency quoted Tehran's Deputy Governor Safarali Baratloo as saying.
Iran uses the term 'Zionist' to refer to Israel.

The nation has been engaged in a war of words with Israel, whom it accuses of trying to destabilize the republic.

Iran maintains its nuclear program is for energy purposes only, disputing allegations by the United States and other countries that it is trying to develop a weapons program.
Ali Ansari, a professor at the Institute for Iranian Studies at Scotland's University of St Andrews, said more information needs come out about the victims to help determine who's perpetrating the attacks.

Some have speculated that the victims were members of the opposition movement and could have been targeted by internal forces, Ansari said.

"But if it is true that Israel is behind it, Iran should make a formal complaint to the U.N. so they can get an answer from Israel," Ansari said."Because if they really think some other country is killing their nuclear experts, why are they not giving them more protection?"
Iran's 1st Vice President Mohammad Reza Rahimi said the attacks would not stop the country from achieving its scientific goals, IRNA reported.

"Iranian scientists become more determined to take steps in line with the aspirations of the Islamic Republic in spite of terrorist operations," Rahimi told the news agency.

BBC:
The US has condemned the killing of an Iranian nuclear scientist in a car bomb attack in north Tehran.

National Security Council spokesman Tommy Vietor said the US "had absolutely nothing to do" with the attack.

Mostafa Ahmadi-Roshan, who worked at the Natanz uranium enrichment facility, died along with the driver of the car.

Several Iranian nuclear scientists have been assassinated in recent years, with Iran blaming Israel and the US.

Both deny any involvement.

Washington and its allies suspect Tehran of secretly trying to develop a nuclear weapons capacity but Iran insists its nuclear programme is peaceful.

Iranian Vice-President Mohammad Reza Rahimi said on state TV that the bomb attack would not stop "progress" in the country's nuclear programme.

Mr Ahmadi-Roshan, 32, was a university lecturer who supervised a department at the Natanz plant, the semi-official news agency Fars reported.

Iranian officials said two men on a motorcycle attached a magnetic bomb to his car during the morning rush hour and detonated it outside a university campus.

CNN's Shirzad Bozorgmehr and Lateef Mungin contributed to this
Posted by Steve Douglass at 5:05 AM No comments: