There's a framed patch on the wall in my monitoring post that I treasure. It was given to me a few years ago by a friend who worked at NASA - just one of the network of space and aviation contacts I had made over the years.

I rarely glance at it and sometimes forget it's there - until the sad anniversaries come along and reminds me exactly where I was and what I was doing at the moment of the Apollo One fire, Challenger explosion and (of course) the loss of Columbia along with Amarillo's astronaut Rick Husband and Lubbock's Willie McCool.

Today is one of those days - and as always I think about where I was when Challenger exploded killing all onboard.

Back in 1986 I was working at the Amarillo Globe News as a photographer, and even way back then I was deep into radio monitoring.

We had personal darkrooms back then and in mine (no surprise here) I had a scanner for listening to the local police and such.

One day I made a discovery (quite by accident and as it would turn out fortuitously) that hidden in the false ceiling of my darkroom was a coiled up run of antenna coax that led to the abandoned radio transmitter tower on top of the AGN. 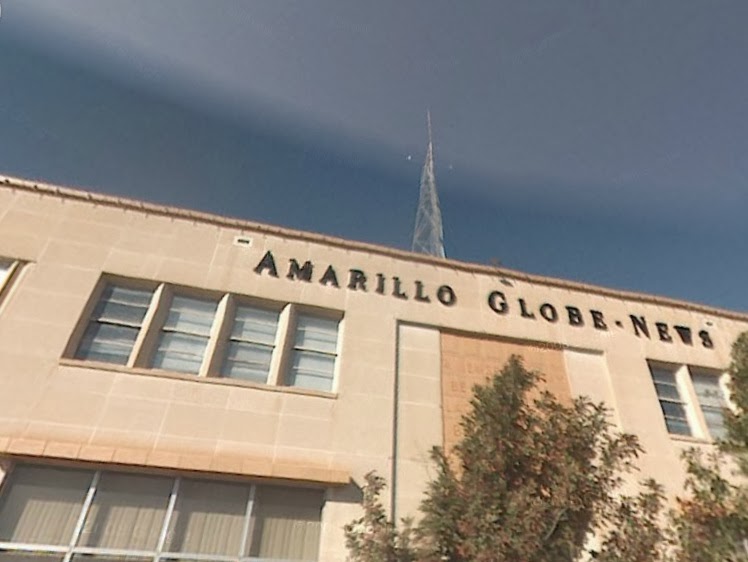 Back in the day - the antenna (which I think is still there) was used as a AM radio transmission cable for KGNC AM - which (if you didn't know) used to be owned by the Amarillo Globe News - in fact the call letters GNC (in KGNC) stood for the Globe News Company.

Having discovered the cable (and being the radiohead I am) I decided to tap into it and see if it still worked.

One night I smuggled in my huge Panasonic RF-4900 shortwave receiver (a multi-band monster) into my darkroom when the newsroom was rather empty.


I hooked it up to the coax and was surprised to see it not only worked but worked amazingly well. That established, I kept the radio in my locking closet normally used as a photographic paper safe that only I had the key too.

For some reason, I didn't want the editors to know that in my downtime I was back in my darkroom with headphones on scanning the shortwave bands, listening to ship-to-shore telephone calls, international aeronautical transmissions and military HF stations.

January, 28, 1986 was a slow news day - and I knew a space shuttle launch was scheduled so I turned on the red safelight - locked my darkroom door, hooked up the shortwave and donned a pair of Koss headphones.

I tuned to 10.780 MHz USB also known as "CAPE RADIO" a shortwave link used to communicate with SRB (rocket booster) recovery ships off the coast of Florida.

The atmospherics were just right and the communications came in loud and booming as if they were local. NASA rebroadcast the UHF shuttle communications and countdown on that channel so recovery teams could listen in.

And then there was this long silence - and garbled communications and the words "We've obviously had a major malfunction" which (at the time) I hadn't realized what that truly meant. I knew something went wrong but there was nobody saying "Challenger had blown up."

Then after what seemed an eternity of silence, the recovery ships began talking to each other - panicked warnings went out that debris was falling from the skies and the ships and helicopters in the recovery area needed to evacuate the area as soon as possible.

And then that's when it hit me what had happened. A sinking feeling went through my entire body.

I flew out my darkroom and into the newsroom and shouted, "the Space Shuttle has just blown up."

Everyone looked at me strange as if I had finally inhaled too many darkroom fumes or I was joking. One reporter even laughed.

I then went over to the TV in the newsroom and turned it on. I flipped through the channels and there were no bulletins - no special reports just game shows and commercials.

And then it happened: "We interrupt this program for a Special Bulletin."

I also remember at that same moment the urgent bulletin bell began ringing wildly on the AP teletype machine.

A video replay of Challenger coming apart filled the screen.

And then the newsroom went crazy.

Later on, I had to to explain how I knew before anyone else and I had to reveal the secret of what I was really doing in my darkroom.

After that the radio became a permanent (open) fixture and a part of my job - Steve Douglass - photographer/radio monitor.
Posted by Steve Douglass at 1:06 PM No comments: