CIA officer may have been microwaved in "Havana Syndrome" type skullduggery

THE BBC:
A CIA officer who was travelling to India this month with the agency's director has reported symptoms consistent with so-called Havana syndrome, US media report.
Three unnamed sources told US media that the officer has received medical attention for the mystery illness.

The CIA has not responded to requests for comment by the BBC.
It's the second reported case in less than a month, as US authorities continue to investigate its cause.

In August, Vice President Kamala Harris' flight from Singapore to Vietnamese capital Hanoi was briefly delayed after an American official reported symptoms similar to Havana syndrome.
The syndrome first affected people at the US and Canadian embassies in Havana, Cuba, in 2016 and 2017. Dozens of other episodes have since been reported by American officials in the US, China, Russia, Germany and Austria.

Those affected say they have experienced a sudden onset of pressure sensations inside their heads, and of hearing strange buzzing sounds coming from a particular direction. Others have complained of dizziness, nausea and fatigue, among other symptoms.

‘Havana syndrome’ and the mystery of the microwaves 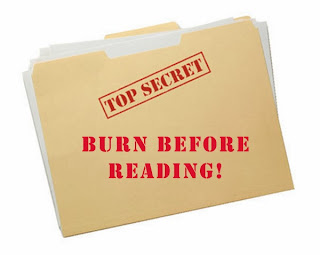 A scientific study of those affected in Cuba, published in 2018, found that the diplomats had experienced a form of brain injury. The cause was not conclusively determined, but researchers said it was most likely the result of directed microwave radiation.

Other studies have suggested that ultrasound, pesticides or other harmful substances may be to blame.
Sources told CNN and the New York Times that CIA Director William J. Burns was angered by the latest incident in India.

Some officials at the CIA believe the incident was carried out by an adversarial power, sending a message to Mr Burns that no-one is safe, CNN reported.

Officials are also concerned about how the potential perpetrator knew in advance about the director's visit, which was a closely guarded secret, the broadcaster added.
In June, US Secretary of State Antony Blinken announced a review into the causes of the illness.

A US government source told Reuters news agency that a dedicated task force is being led by a CIA official once involved in the search for Osama Bin Laden.

The investigation is expected to be finished before the end of this year, but it may continue for longer, and no public report is planned, CNN reported.
Posted by Steve Douglass at 9:40 AM No comments: