Get ready for the dog & pony show: 9-11 terrorists to plead not guilty. 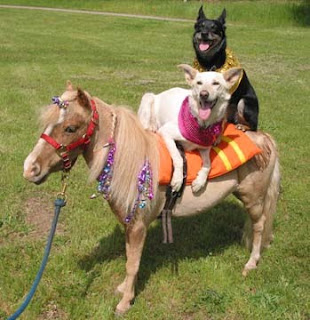 The attorney for at least one of the 9/11 attack planners announced that Ali Abdal al-Aziz Ali would plea not guilty in a New York court room. However, the alleged terrorist will not deny his role in the planning of a terrorist attack that rocked New York City and ultimately killed more than 3,000 people.

Attorney Scott Fenstermaker said his client will use the New York federal court trial as a platform to express his political view and explain why he attacked the country. According to the attorney representing al-Aziz Ali, the five 9/11 terrorists have been discussing the trial among themselves at their current residence in Guantanamo Bay.

Fenstermaker claims the defendants will explain “their assessment of American foreign policy in the courtroom.”

The trial is expected to get under way sometime next year in New York and the security price tag has soared past the $75 million mark, something that has sparked opposition debate as to the soundness of trying war criminals in open federal court.

In an interview with Fox News, the father of Todd Breamer, who uttered the now famous words “let’s roll” aboard flight 93, explained his profound objection to the terrorist ability to use U.S. courtrooms as a platform to expose radical views and insult the victim’s families all over again.

Breamer wrote an Op-Ed in yesterday’s Wall Street Journal in which he referred to the New York City trial as September 11th the sequel.

With his eyes and ears open to the legal process Beamer said, “This showed a political system that we have a ruling party. The decision to try the terrorists in open court is a violation of the oath he (Holder) took, I believe, that he is duty bound to protect our country and uphold the Constitution.”

The trial comes with unnecessary risks and forces New Yorkers to face ramped up security during the trial, according to Breamer. “These evil people have confessed their guilt already and have asked to be executed. We should quickly grant their wish.”

The "left-minded decision" of allowing these terrorists a platform will only cause insecurities among the 9/11 survivors and leave taxpayers with another unnecessary tax burden, he finished.
Posted by Steve Douglass at 1:47 PM No comments:

Email ThisBlogThis!Share to TwitterShare to FacebookShare to Pinterest
Labels: 9-11 Terrorists to plead not guilty 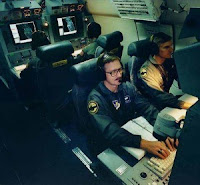 Airplanes that were designed in the 1980s to spot Soviet tanks rumbling through central Germany, and used in Iraq to track forces moving under the cover of a sandstorm, now are being used in Afghanistan to spot Taliban fighters trudging on foot at night along rough mountain trails.

"We're looking at some new applications for the radar," confirmed Col. William Welsh, operations group commander at the 116th Air Control Wing, which operates the U.S. Air Force's 17 JSTARS planes and is based at Robins Air Force Base, Ga. "We're trying to determine exactly what its capabilities are."

In Iraq, and especially in Afghanistan, the planes have proven useful in spotting and tracking "dismounted forces" - groups of Taliban and other fighters moving on foot.

The Air Force declines to say just how sensitive JSTARS radar is or whether it operates at its customary 35,000 feet. But Welsh put it this way: "It does not necessarily have to be a large group."

According to information published by the Air Force, JSTARS crews flying over Afghanistan "are often looking for a single ground mover in an area of interest."

The planes are equipped with giant Doppler radars, which detect motion by aiming a radar signal to the ground and analyzing changes in the frequency of the signal that bounces back.

"Everything in motion creates a Doppler shift, and the radar is set to detect it," Welsh said.

In the past, JSTARS radars have been set to detect large, relatively fast-moving objects, such as tanks and armored vehicles. They also had limited ability to detect helicopters and slow, low-flying aircraft.

"The big change, the new application, is looking at potentially smaller and slower targets," Welsh said. Of particular interest: Taliban fighters. "We're still going through the learning process and developing tactics, techniques and procedures," he said.

The Air Force is adjusting JSTARS operating methods to match reality on the ground in Afghanistan, said Michael Isherwood, a senior analyst for Northrop Grumman and a former Air Force fighter pilot.

"There is a real lack of infrastructure," he said. "There are no railroads, no interstate [highways]. There is a culture of moving from place to place on foot, on horse, over trails, literally climbing up a mountain and down the other side. That's how they get around."

And that's what JSTARS now must be able to detect.

The plane itself is big - a 153-foot-long modified Boeing 707 airliner. It has a 24-foot-long radar antenna that is housed in a 27-foot-long canoe-shaped radome attached to its belly.

Inside, JSTARS is packed with computers that analyze radar signals and with communications gear. It has 18 work stations that are typically manned by a mix of Air Force and Army radar and communications specialists.

ADJUSTING PARAMETERS
The way it is traditionally used, the JSTARS radar can look down over 19,305 square miles and detect moving targets as far away as 155 miles.

But in Afghanistan, instead of maintaining that sweeping view, the radar is being focused on up to 14 separate target areas that are each 10 kilometers square.

In this configuration, a JSTARS plane can simultaneously watch the area around several U.S. outposts to warn of approaching enemies, monitor convoys, support combat operations and conduct surveillance along key roads and borders, according to Northrop Grumman, which installed and maintains the equipment that turns a 707 into a JSTARS.

To make the JSTARS radar spot fighters on foot rather than tanks on the move, "you adjust the parameters," Isherwood said, "adjust the sensitivity."

Welsh makes it sound not quite so simple. "The bottom line for us is that we're still evaluating what our capabilities are when we start looking at low radar cross-section targets," he said.

How small can it be and how slow can it go? The Air Force doesn't yet know, he said. And "it will be classified when we do."

With its radars, JSTARS can see through clouds, smoke and dust, and it is effective during the day, at night and in foul weather, Northrop said.

Welsh won't say when it is being flown in Afghanistan. "Our flying schedule is classified," he said. But reports from Afghanistan suggest that much of the JSTARS work there is done at night.


READ THE REST OF THE STORY HERE
Posted by Steve Douglass at 10:19 AM No comments:

Milan, Italy - Brescia is a quiet town east of Milan and few would think of it as a hot spot for international terrorism. Yet Italian authorities believe that last year's terror attack in Mumbai (Bombay), where 173 people lost their lives, was partially planned from there.

On Saturday night, Italian police arrested two Pakistani nationals, Mohammad Yaqub Janjua and his son Aamar, on charges they helped pay for the attack. The two own "Madina Trading," a money transfer agency, which made it easy for them to send large amounts of currency abroad without attracting attention. Authorities became suspicious when they learned that 400,000 euros ($599,000) were transferred to a false name.

"This operation confirms that terrorism is a global threat," said Foreign Minister Franco Frattini. "Yet it also demonstrates our police forces are able to face it."

The police announced they arrested other two Pakistani men in Brescia. The pair are accused of breaking immigration laws, but police suspect that they, too, supported the Mumbai attacks. A fifth man is currently on the run.

Local authorities say these arrests are part of the growing body of evidence that northern Italy has become a fund-raising spot for international terrorist organizations.

Earlier this month, a judge in Milan issued 17 arrest warrants for people accused of raising 1 million euros ($1.49 million) to fund terrorist activities in Algeria. Six of them were arrested in Italy, the others were detained as part of a Pan-European operation.

In recent years, a number of North African immigrants in the Milan area have been arrested on suspicion of raising funds for Al Qaeda. A few of these cases have developed into international disputes.

Tunisian-born Riadh Nasri and Moez Fezzani, who where held for years by the US in Guantánamo Bay, Cuba, are accused of having raised funds for Al Qaeda from 1997 to 2001 in Milan. The Obama administration recently transferred both to Italy, where they are expected to be tried.

"We are not talking about terrorist cells building bombs or directly planning attacks, but rather of people involved in money laundering and document counterfeiting," says Andrea Margelletti, head of the Center for International Studies in Rome.

"Those activities need to take place where money is abundant and where there is a large immigrant community," he says. "That's what makes Lombardy [the wealthy region where Brescia and Milan are] a good spot. But other wealthy areas in Germany or France face the same problem as well."

Yet others says there's something more specific that makes Italy a good fundraising spot for terrorists.

"Overall, Italian authorities tend to be more lenient on international terrorism when compared to other European countries," says Giampiero Giacomello, who teaches strategic studies at the University of Bologna.

When it comes to terrorism, argues Mr. Giacomello, Italian authorities tend to be less proactive than their British, Spanish, or French counterparts: "After all, we didn't suffer the attacks they did, so the public doesn't care all that much"

On the other hand, the Italian police have other priorities: "We are the only Western European democracy still facing huge problems with organized crimes and domestic terrorism," says Giacomello. "First comes the war on the Mafia, then the Red Brigades [a local Marxist terror group], and international terrorism comes only third."

Before 9/11 "there was a tradition of closing an eye," says Giacomello. Now authorities are not very proactive, but respond quickly when asked by allies. "I wouldn't be surprised if the input for this weekend's arrests came directly from New Delhi."
Posted by Steve Douglass at 10:13 AM No comments: