READ MORE ABOUT EMALS HERE
Posted by Steve Douglass at 11:46 AM No comments:

Pakistan: "no more business as usual" 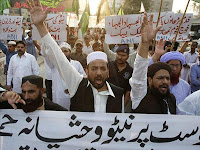 Islamabad, Pakistan (CNN) -- Tensions among Pakistan, Afghanistan and the United States jumped a notch Monday, with Pakistan's prime minister warning there would be "no more business as usual" with Washington after NATO aircraft killed two dozen Pakistan troops.

The Pakistani Taliban urged Pakistan to respond in kind to the airstrike, which NATO called a "tragic unintended" event.

The Pakistani military insisted Monday it had not fired first in the incident, and it said it had told NATO its aircraft were firing on friendly troops.

Meanwhile, a top adviser to Afghan President Hamid Karzai warned that Afghanistan and Pakistan could be on a path to conflict.

Pakistan's Prime Minister Yousuf Raza Gilani said in an exclusive interview with CNN Monday that Pakistan was re-evaluating its relationship with the United States.
He said the South Asian nation wanted to maintain its relationship with the United States as long as there was mutual respect and respect for Pakistani sovereignty.
But Gilani highlighted incidents such as the killing of the Pakistani troops and a U.S. raid into Pakistan to kill Osama bin Laden as violations of his country's sovereignty.

The prime minister also said Pakistan had not yet decided whether to boycott next month's Bonn conference on the future of Afghanistan.