IS THERE A WAR ON WIKILEAKS? 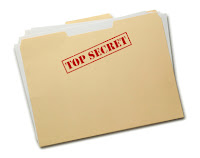 WikiLeaks.org, which publishes confidential documents online, says that it is being harassed by U.S. military and intelligence agencies because of its disclosures of restricted information, including the forthcoming release of a classified U.S. military video of an air strike in Afghanistan that produced civilian casualties. But those claims are disputed and can hardly be taken at face value.

"That WikiLeaks is being targeted by the U.S. Government for surveillance and disruption is beyond doubt," declared Glenn Greenwald in Salon.com.
Posted by Steve Douglass at 8:12 AM No comments: