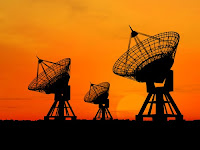 When a light was beamed into the shadowy corners of the NSA, the United States' largest and perhaps least understood secret intelligence agency, the public did not see James Bond smiling back with a martini in hand. Instead, they saw a 29-year-old high school dropout, a security guard turned freelancer at consulting firm Booz Allen Hamilton entrusted with the nation's most guarded secrets.

Ed Snowden, a government contractor, who last week blew the whistle on the secret data mining operation known as PRISM, is today in hiding. His last known whereabouts were a Hong Kong hotel.

Before anyone knew Snowden was the source of the leak, the documents he provided The Guardian newspaper, were headline making. He provided the paper with warrants issued by a secret federal court allowing for the wholesale collection of communications data, mined from countless telephone calls and emails by U.S. citizens.

His leak opened the door on a vast secret agency many Americans have never heard of, but his resume made them further wonder who is minding the store.

The National Security Agency is the largest of the major intelligence agencies, bigger than the FBI or CIA.

"The NSA has two missions," said James Lewis, the director of the Technology and Public Policy Program at the Center for Strategic and International Studies. "They collect signal intelligence and they defend U.S. government computer systems from attack."

Basically, they are computer nerds. NSA agents crack codes, which allow the government to intercept and read communications, and create codes to protect U.S. secrets.

The agency's precursor was a World War I group of naval intelligence officers called the "Black Chamber" charged with intercepting diplomatic telegrams. In 1929, then Secretary of State Henry Stimson shut down the office of code breakers, famously saying "Gentlemen don't read other gentlemen's mail."

By World War II, the agency was up and running and by the 1970s, U.S. spies had perfected the science of intercepting a few hundred foreign messages annually, each read by a human analyst, Lewis said.

Digital technology changed everything, exponentially adding to the data that needed to be reviewed. The threat from non-state actors, like terrorist groups, only added to the burden.

In the wake of 9/11, the NSA expanded the scope of the communications it would collect and review. The agency is completing a $1.2 billion data farm located in the Utah desert in which thousands of computers will collect information from billions of pieces of communication, according to government reports.

All of the intelligence agencies, including the NSA, also began hiring contractors, like Snowden, to help carry some of that new load.

Like contracted mercenaries hired to fight the wars in Iraq and Afghanistan, intelligence contractors were given access to government information and resources.

"There are millions of contractors inside the nation's intelligence agencies," said Angela Canterbury, director of public policy at the Project on Government Oversight. "The U.S. intelligence community is rife with outsourcing."

A 2010 Washington Post report found "close to 30 percent of the workforce in the intelligence agencies is contractors."

READ THE REST OF TEH STORY AT ABC NEWS
Posted by Steve Douglass at 2:32 PM No comments: