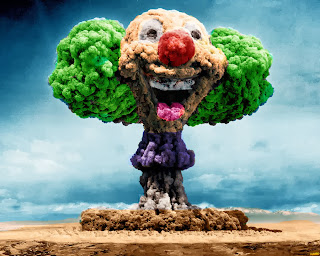 MOSCOW — The Russian Defense Ministry reported the first launch of its new Sarmat intercontinental ballistic missile. President Vladimir Putin said this weapon is unique and will make those who threaten Russia “think twice.”The ministry said said the missile was launched Wednesday from the Plesetsk launch facility in northern Russia and its practice warheads hit designated targets at the Kura firing range on the far eastern Kamchatka Peninsula.

The Sarmat is a heavy missile, intended to replace the Soviet-made Voyevoda missile which was code-named Satan by the West. Putin and his officials said it’s capable of penetrating any prospective missile defense.

Putin called this “a big, significant event” for Russia’s defense industry. He said the Sarmat will ensure Russia’s security from external threats and make those who, in the heat of frantic, aggressive rhetoric, try to threaten our country, think twice.”

Russia relies on land-based ICBMs as the core of its nuclear deterrent, and is counting on the Sarmat for decades to come.

The U.S. has its own ICBMs, but postponed and then called off an intercontinental nuclear-capable missile test to avoid escalating tensions with Russia.
Posted by Steve Douglass at 9:43 AM No comments: