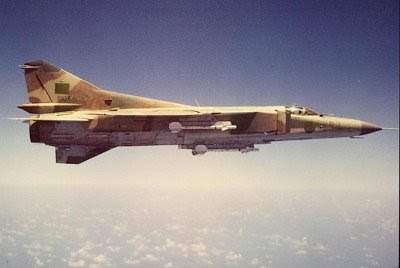 The Brnieq online newspaper quoted an unnamed airforce officer at the Benina airbase in Benghazi as saying the two aircraft also bombed an unspecified number of tanks near Brega and Ajdabiya, two towns that fell to pro-Gaddafi forces on Tuesday.

Posted by Steve Douglass at 10:23 AM No comments: 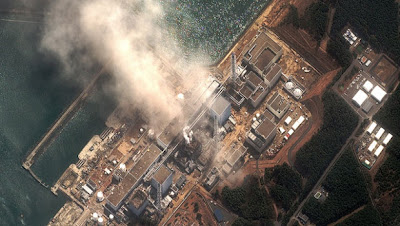 CBS/AP) A fire at a fourth reactor in a quake-damaged nuclear plant sent radiation spewing into the atmosphere Tuesday. Earlier, a third explosion at the plant in four days damaged a critical steel containment structure around another reactor, as Japan's nuclear radiation crisis escalated dramatically.

The radiation level was elevated to a point that may damage health, a government spokesman acknowledged, though the exact amount of radiation leaked was still unclear.

Prime Minister Naoto Kan and other officials warned there was danger of more leaks and told people living within 19 miles of the Fukushima Dai-ichi complex to stay indoors to avoid exposure that could make people sick.

"These are figures that potentially affect health. There is no mistake about that," he said.

The International Atomic Energy Agency, the United Nations' nuclear watchdog organization, confirmed that radioactive material was released into the atmosphere as a fire burned in a storage pond for spent nuclear fuel at the stricken plant.

The IAEA said Japanese officials told it that the fire was in a pool where used nuclear fuel is kept cool and that "radioactivity is being released directly into the atmosphere.''

Japanese officials later said the fire, in Unit 4 of the Fukushima Dai-ichi plant, had been extinguished.

Following the fire, explosion and public warning, only 50 of the plant's 800 or so workers will remain at the site to pump seawater into three stricken reactors at the plant, in order to minimize exposure to unhealthy levels of radiation, reports the New York Times.

A one-year-old boy is re-checked for radiation exposure after being decontaminated in Nihonmatsu, Fukushiima, northern Japan Monday, March 14, 2011. (Credit: AP)
Earlier fears that the prevailing winds could blow a cloud of radioactive particles deeper into the country were tempered later Tuesday by the World Meteorological Organization's forecast of a change in wind direction, reported Reuters news agency.

"At this point, all the meteorological conditions are offshore so there are no implications, for Japan or other countries near Japan," Maryam Golnaraghi, chief of WMO's disaster risk reduction division, said in Geneva.

At a shelter in Sendai, workers told CBS News that everyone must avoid Tuesday's rain, as it carries nuclear radiation. Officials in far-off Tokyo have already detected slightly higher-than-normal radiation levels there, but insist there are no health dangers.

READ THE REST OF THE STORY HERE
Posted by Steve Douglass at 9:16 AM No comments:

The USS George Washington was docked for maintenance in Yokosuka, about 175 miles (280 kilometers) from the plant in Okuma, when instruments detected the radiation at 7 a.m. Tuesday (6 p.m. ET Monday), the Navy said in a statement.

Personnel will limit outdoor activities and secure external ventilation systems there and at a nearby air facility in Atsugi.

In a recorded video message, Wren said the additional radiation exposure over the past 12 hours had been less than one month's exposure to naturally occurring background radiation.
Workers are scrambling to cool down fuel rods and prevent a full meltdown in three reactors at the earthquake-hit Fukushima Daiichi plant.

Japanese Prime Minister Naoto Kan warned Tuesday that the risk of further releases of radioactive material from the plant remains "very high."
Radioactive steam has been released intentionally to lessen growing pressure in the reactors. But radiation levels at the plant increased Tuesday to "levels that can impact human health," Chief Cabinet Secretary Yukio Edano told reporters.
Posted by Steve Douglass at 5:25 AM No comments: