CNN) -- A South Korean rocket apparently blew up just over two minutes after launch, a government minister said Thursday.
The Naro-1 space rocket apparently exploded 137 seconds after it lifted off from a space center on the country's south coast, said Minister of Education, Science and Technology Ahn Byong-man, according to the Yonhap news agency.

But the science minister said "an inboard camera detected a bright flash of light at 137 seconds into the flight, which coincides exactly with the loss of communication with the two-stage rocket," according to Yonhap. The rocket was carrying a satellite to study climate change.
South Korea is talking to the Russians who made the first-stage rocket in an effort to determine why it exploded, he said. South Korea made the second-stage rocket and the satellite, according to Yonhap.

Thursday's launch at the Naro Space Center, 465 kilometers (about 300 miles) south of Seoul, was the country's second from its own soil.
The launch was initially scheduled for Wednesday, but was scrapped after the firefighting equipment in the rocket malfunctioned.

Posted by Steve Douglass at 12:15 PM No comments: 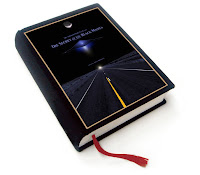 The Interceptor’s Club may have been Freaks’s idea, but he was not the first to skulk around desert military bases looking for black project aircraft that were so secret they didn’t officially exist.

The first official Interceptor (or Spy Emeritus as he was known) was a man named John Andrews. John worked for a company that produced many of the plastic model kits that Static loved so well.

Back in the 1950s, John heard rumors circulating about a secret spy plane known as the U-2. This spy plane was essentially the first stealth aircraft, or the first aircraft specifically designed to not show up on the radars of the day, albeit to a limited extent.

Although high-tech at the time, the U-2 wasn't much more than a high-flying, engine-powered glider designed to soar over communist territory and take pictures of military bases, missile silos and shipyards.

To avoid being shot down it could fly higher than almost any manned aircraft, above 80,000 feet which was almost 30,000 feet higher than most jet fighters of the era.

Since at the time the U-2 was considered a closely guarded CIA secret (although Russian spies already knew much about the aircraft) it was hidden away from public view at a secret base located in the vast Nevada desert known then as Groom Lake but now as Area 51.

During that time, the model toy industry was (and still is) a very competitive industry.

The Groom Lake facility was established by the Central Intelligence Agency as a base of operations for early U-2 testing.

Somehow John Andrews learned about the base and soon made a trip out to Nevada to check it out.

Diligent, model designer John Andrews camped out on a mountaintop overlooking the Groom Lake runway. He was prepared to stay days, if needed, waiting patiently for the U-2 to take off so he could get exclusive first pictures to base a new plastic model kit on.

John didn’t have to wait long.

Just hours later - the secret U-2 flew slowly past as if posing for the photographer.

A few months later, highly detailed plastic models began showing up in toy stores, much to the CIA’s dismay.


BUY THE BOOK TODAY!
Posted by Steve Douglass at 5:12 AM No comments: