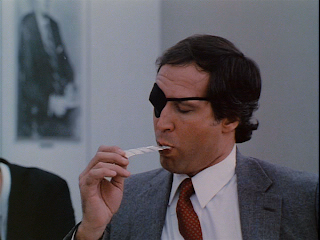 Senior lawmakers said Thursday that they plan to introduce legislation meant to restrict the leaking of sensitive national security information to news outlets and suggested that they might attempt to restrict access to sensitive information.
Leaders of the House and Senate intelligence committees met Thursday with National Intelligence Director James R. Clapper to discuss recent news reports detailing national security decisions made by the Obama administration, including the recent U.S. involvement in a cyberattack on Iran’s nuclear program.
“This has been as serious a problem as I have seen,” House Intelligence Committee Chairman Mike Rogers (R-Mich.) told reporters, adding that a formal investigation is needed because officials with the Central Intelligence Agency and the national security division of the Justice Department have told the intelligence panels that officials with their agencies might have leaked information to reporters.


Despite their concerns, none of the four leaders of the intelligence committees agreed with suggestions by other lawmakers that the leaks are part of an overt political effort to improve President Obama’s reelection chances.
“This is not finger-pointing at anybody. What we’re trying to do is say we have a problem and we want to stop that problem,” Senate Intelligence Committee Chairman Dianne Feinstein (D-Calif.) said.
In addition to Thursday’s meeting with Clapper, the intelligence leaders said they planned to meet with FBI Director Robert Mueller on Thursday afternoon and plan to hold subsequent hearings.
White House spokesman Tommy Vietor said Thursday that “as a general matter, the President feels strongly that we must prevent leaks of classified or sensitive information that could risk ongoing counterterrorism or intelligence operations. This Administration takes all appropriate and necessary steps to prevent leaks of classified information, or sensitive information that could risk ongoing counterterrorism or intelligence operations.”
In an e-mail, Vietor also noted that the authors of several of the recent reports on national security operations have said that their reporting was not controlled in any way by the White House.
Congressional concerns amplified Tuesday when Sen. John McCain (R-Ariz.) called on Obama to appoint a special counsel to determine who is leaking the information. The Arizona lawmaker also charged that the leaks are designed to bolster Obama’s reelection campaign.
McCain and others cited several stories published in recent weeks that detail key national security decisions, including a New York Times story chronicling Obama’s approval of a “kill list” of suspected terroriststargeted with drone attacks, reports in the Times and The Washington Post regarding U.S. involvement in cyberattacks on Iran’s nuclear program and details in a new book by Newsweek special correspondent Daniel Klaidman about the administration’s deliberations on the detention of suspected terrorists.
On Thursday, Rogers, Feinstein and their counterparts did not call for a special prosecutor.
Asked Wednesday about the concerns, White House Press Secretary Jay Carney said the Obama administration “takes all appropriate and necessary steps to prevent leaks of classified information or sensitive information that could risk ongoing counterterrorism or intelligence operations. Any suggestion that this administration has authorized intentional leaks of classified information for political gain is grossly irresponsible.”
McCain shot back Wednesday, charging that “what is grossly irresponsible is U.S. officials divulging some of the most highly classified programs involving the most important national security priorities facing our nation today.”
Senate Foreign Relations Committee Chairman John F. Kerry (D-Mass.)came to the White House’s defense, reminding reporters Wednesday that the reporters who have written those stories have said that they did not obtain their information in a coordinated fashion. Leaking national security information is a long, if upsetting, tradition, he added.
“If you pick up Bob Woodward’s books, and David Sanger is a damn good reporter, and David Ignatius and these guys, they get a lot of people talking about things that people shouldn’t be talking about,” Kerry said. “And it always amazes me.”

READ THE REST OF THE STORY HERE
Posted by Steve Douglass at 1:16 PM No comments:

Posted by Steve Douglass at 12:38 PM No comments: 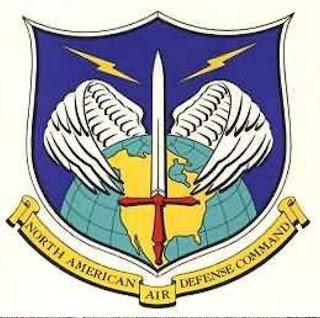 The F-16 fighters responded after two single-engine planes, identified as a Cessna 206 and Cherokee PA 28, entered into the restricted airspace at mid-morning in separate incidents, NORAD said.

Both planes were escorted by the fighter jets until they left the area and were directed to contact the Federal Aviation Administration, NORAD said.

In a similar incident on Wednesday, an F-16 intercepted a single-engine Cessna after it flew into the restricted airspace over Southern California. The fighter followed the plane until it landed at an airport less than 10 minutes later and was met by local law enforcement, NORAD said.

Each of the three cases involved private pilots unknowingly flying into temporarily restricted airspace and were not apparent threats, an FAA official who asked not to be named told Reuters. "In most cases it's a matter of the pilots not being aware of the notice to airmen that get issued by the FAA," NORAD spokesman Lieutenant Al Blondin said.

"If they follow the proper procedures they should be aware there's a restricted area." On May 11, a small private plane was intercepted by fighter jets over Southern California area after it inadvertently entered airspace restricted for a visit by Obama.

Obama has been in the Los Angeles area as part of a West Coast fundraising tour ahead of the November presidential election that included two events in San Francisco and a Beverly Hills gala with gay and lesbian activists. He was scheduled to leave Los Angeles on Thursday en route to a fundraising event in Las Vegas. (Additional reporting by Jim Wolf in Washington; Editing by Greg McCune and Bill Trott)
Posted by Steve Douglass at 12:26 PM No comments: