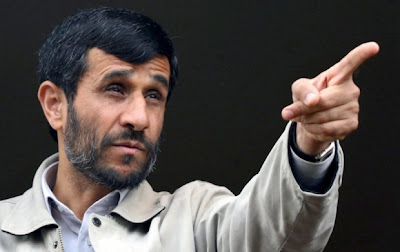 NYPOST: TEHRAN, IRAN — Iran's powerful Revolutionary Guards test fired several ballistic missiles on Tuesday, including a long-range variety meant to dissuade Israel and the U.S. from attacking the Islamic Republic, local media reported. The Guards' acting commander told state TV that the tests, aimed at mock enemy bases in a war game exercise, were a response to Israel's and Washington's refusal to rule out military strikes to stop Iran's nuclear program. "It is a response to the political impoliteness of those who talk about all options being on the table," Gen. Hossein Salami said. The official IRNA news agency said the surface-to-surface missiles successfully hit their targets, while semi-official Fars said the salvos included the so-called Shahab-3 missile. It quoted a leading officer as saying the missiles travelled distances of up to 1,300 kilometers, or 800 miles. Iran has tested a variety of missiles in previous war games, including a Shahab-3 variant with a range of 2,000 kilometers that can reach Israel and southern Europe. The launched missiles are also capable of hitting U.S. bases in the region. Iranian state TV showed footage of several missiles being launched. "So far, we have launched missiles from 300 to 1,300 kilometers in the maneuver," said Gen. Amir Ali Hajizadeh, who heads the Guards' aerospace division. He hinted that some missiles had an even longer range. Israel is about 1,000 kilometers away from Iran's western borders, while the U.S. Navy's Fifth Fleet is based in Bahrain, some 200 kilometers from Iranian shores in the Persian Gulf. he Iranian commander quoted by Fars said Iran used both unmanned and manned bombers in the war games, and was firing a variety of other missiles. Tehran says the drills aim to assess the accuracy and effectiveness of its warheads and weapons systems. On Sunday, a European Union oil embargo meant to pressure Iran over its nuclear program came into effect. The West suspects the Islamic Republic wants to build nuclear weapons, and Israel has hinted at an attack if diplomatic efforts and sanctions fail to eliminate what it sees as a direct threat. Iran insists its nuclear program is for peaceful purposes, such as power generation and cancer treatment.
Posted by Steve Douglass at 2:30 PM No comments: 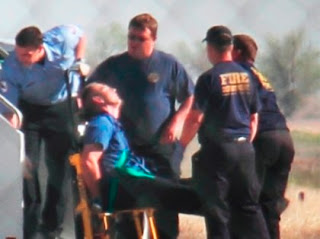 AMARILLO -- The Federal District Court in Amarillo has found Clayton Osbon not guilty only by reason of insanity.

Court documents say that evidence based upon the psychological evaluation and testimony of Dr. Robert Johnson, the Osbon was suffering from a severe metal disease or defect that impaired his ability to appreciate the nature, quality, or wrongfulness of his behavior at the time.

If Osbon was found guilty, he could have been put in prison for up to 20 years and a fine not to exceed $250,000, and up to three years of supervised release.
Posted by Steve Douglass at 2:06 PM No comments:

US military buildup in Persian Gulf - signal to Iran

WASHINGTON — The United States has quietly moved significant military reinforcements into the Persian Gulf to deter the Iranian military from any possible attempt to shut the Strait of Hormuz and to increase the number of fighter jets capable of striking deep intoIran if the standoff over its nuclear program escalates.


The deployments are part of a long-planned effort to bolster the American military presence in the gulf region, in part to reassure Israel that in dealing with Iran, as one senior administration official put it last week, “When the president says there are other options on the table beyond negotiations, he means it.”
But at a moment that the United States and its allies are beginning to enforce a much broader embargo on Iran’s oil exports, meant to force the country to take seriously the negotiations over sharply limiting its nuclear program, the buildup carries significant risks, including that Iran’s powerful Islamic Revolutionary Guards Corps could decide to lash out against the increased presence.
The most visible elements of this buildup are Navy ships designed to vastly enhance the ability to patrol the Strait of Hormuz — and to reopen the narrow waterway should Iran attempt to mine it to prevent Saudi Arabia and other oil exporters from sending their tankers through the vital passage.
The Navy has doubled the number of minesweepers assigned to the region, to eight vessels, in what military officers describe as a purely defensive move.
“The message to Iran is, ‘Don’t even think about it,’ ” one senior Defense Department official said. “Don’t even think about closing the strait. We’ll clear the mines. Don’t even think about sending your fast boats out to harass our vessels or commercial shipping. We’ll put them on the bottom of the gulf.” Like others interviewed, the official spoke on the condition of anonymity because of the delicacy of the diplomatic and military situation.
Since late spring, stealthy F-22 and older F-15C warplanes have moved into two separate bases in the Persian Gulf to bolster the combat jets already in the region and the carrier strike groups that are on constant tours of the area. Those additional attack aircraft give the United States military greater capability against coastal missile batteries that could threaten shipping, as well as the reach to strike other targets deeper inside Iran.
And the Navy, after a crash development program, has moved a converted amphibious transport and docking ship, the Ponce, into the Persian Gulf to serve as the Pentagon’s first floating staging base for military operations or humanitarian assistance.
The initial assignment for the Ponce, Pentagon officials say, is to serve as a logistics and operations hub for mine-clearing. But with a medical suite and helicopter deck, and bunks for combat troops, the Ponce eventually could be used as a base for Special Operations forces to conduct a range of missions, including reconnaissance and counterterrorism, all from international waters.
For President Obama, the combination of negotiations, new sanctions aimed at Iran’s oil revenues and increased military pressure is the latest — and perhaps the most vital — test of what the White House calls a “two track” policy against Iran. In the midst of a presidential election campaign in which his opponent, Mitt Romney, has accused him of being “weak” in dealing with the Iranian nuclear issue, Mr. Obama seeks to project toughness without tipping into a crisis in the region.
At the same time he must signal support for Israel, but not so much support that the Israelis see the buildup as an opportunity to strike the Iranian nuclear facilities, which Mr. Obama’s team believes could set off a war without significantly setting back the Iranian program.
A key motivation for “Olympic Games,” the covert effort to undermine Iran’s enrichment capability with cyberattacks, has been to demonstrate to the Israelis that there are more effective ways to slow the program than to strike from the air.
But this delicate signaling to both Iran and Israel is a complex dance. Senator John Kerry, the Massachusetts Democrat who is chairman of the Foreign Relations Committee, said that the administration must strike a fine balance between positioning enough forces to deter Iran, but not inadvertently indicate to Iran or Israel that an attack on Iran’s nuclear sites is imminent or inevitable.

Senior Pentagon and military officials acknowledge that Iran has the capability to close the strait, at least temporarily, and the additional mine-clearing forces can be viewed as both concrete and spoken evidence of Washington’s commitment to make sure any closing is as brief as possible.


Posted by Steve Douglass at 8:15 AM No comments: