The suspect in the Boston Marathon Bombing is in custody, police say.

Dzhokhar Tsarnaev, the 19-year-old believed to be involved in bombing the marathon on Monday, was taken from a boat in Watertown, Mass., around 8:45 p.m.

Gunfire erupted shortly this evening in Watertown, Mass., whereDzhokhar Tsarnaev, the surviving suspect in the Boston Marathon bombings, was believed to have been spotted by a man checking on his boat.

Dozens of law enforcement officers rushed to secure a perimeter around Franlin Street in Watertown, where residents were immediately warned to stay indoors and "shelter in place."

The developments came just minutes after a press conference by law enforcement officials and Massachusetts Gov. Deval Patrick said a massive dragnet had failed to find the suspect.

George Pizzuto, who lives in the neighborhood where the police activity is centered, said that his friend and neighbor, David Henneberry, discovered a body in his boat and reported it to police around 7 p.m. tonight, just minutes after Patrick said residents could go outside again.

Pizzuto told ABC News that Henneberry went out into his backyard after the lockdown was lifted to get some fresh air.

"He looked and noticed something was off about his boat, so he got his ladder, and he put his ladder up on the side of the boat and climbed up, and then he saw blood on it, and he thought he saw what was a body laying in the boat," Pizzuto said. "So he got out of the boat fast and called police."

He said that Henneberry was being interviewed by police about what he saw, and that power had just been cut to the Henneberry's house.

"That boat's his baby. He takes care of it like you wouldn't believe. And they told him it's all shot up," Pizzuto said. "He's going to be heartbroken."

Erik Thompson, who lives across the street from the Henneberry's home, said he heard gunshots and saw law enforcement rush to the scene.

"There was some gunfire earlier which was almost immediately stopped. People were yelling to cease fire, and it seems to be focused on some homes across the street from where I am, which I think is the western side of the street," Thompson said.

"There's still a significant presence of law enforcement there," he said. "It's like D-Day."

The governor lifted an order that kept people in Watertown, Boston and surrounding suburbs inside all day.

The officials had said at the press conference that they thoroughly searched Watertown and had not found any sign of Tsarnaev.

Earlier in the day, police in took three individuals into custody in connection with the search for Tsarnaev.

Posted by Steve Douglass at 6:03 PM No comments:

Listen to a recording of last night's manhunt and firefight in Watertown, MA as the police closed in on the Boston Marathon Bombing suspects.


Disclaimer: As can be the case with breaking news - all information on this blog or monitored on the scanner feed, should be considered preliminary and unsubstantiated until the public safety agency involved releases an official report.

Posted by Steve Douglass at 2:27 PM No comments:

Posted by Steve Douglass at 12:31 PM No comments: 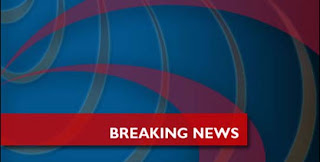 (CNN) -- Police sealed off densely populated portions the Boston metro area early Friday after a violent night of chasing the Boston Marathon terror suspects left one of the men and a police officer dead.

Police ordered businesses in the suburb of Watertown and nearby communities to stay closed and told residents to stay inside and answer the door for no one but authorities. Boston authorities advised the same. The city's subway, bus and Amtrak train systems have been shut down. Taxi service across the city was suspended. Every Boston area school is closed.

Police shot one of the men dead after a wild car chase through Watertown in which authorities say they hurled explosives at pursuing officers.

Police believe the men are the same ones pictured in images released Thursday by the FBI as suspects in the marathon bombing that killed three people Monday.

The men are shown in the images walking together near the marathon finish line.

Several sources told CNN that the dead suspect has been identified as Tamerlan Tsarnaev, 26. The one still being sought is Dzhokhar Tsarnaev, age 19.

The first suspect, the one believed killed by police, appears in the images wearing a dark hat, sunglasses and a backpack. The second suspect, wearing a white cap, is the one who remains at large, police said.

Police warned Watertown residents to lock their homes and stay away from their windows and doors.

"We need more time," Alben said. "We're making significant progress up there. But it may take hours to do this."

"This situation is grave." Alben said earlier. "This is a very serious situation that we are dealing with."

The violence began late Thursday with the robbery of a 7/11 convenience store, he said. Soon after, in Cambridge, across the Charles River from Boston, a Massachusetts Institute of Technology police officer was fatally shot while he sat in his car, the Suffolk County District Attorney's Office said in statement. Police believe the bombing suspects were responsible for the shooting.

The same two suspects, according to authorities, then hijacked a car at gunpoint in Cambridge. They released the driver a half-hour later at a gas station.

As police picked up the chase, the car's occupants threw explosives out the windows and shot at officers, according to the district attorney's office.

Officers fired back, wounding one of the men, possibly the person identified by the FBI as suspect No. 1, who is seen in the images released Thursday in a dark cap, sunglasses and wearing a black backpack.

The man died at Beth Israel Hospital. He had bullet wounds and injuries from an explosion, according to officials. The second man apparently escaped on foot.

Richard H. Donohue Jr., 33, a three-year veteran of the transit system police force, was shot and wounded in the incident and taken to a hospital, a transit police spokesman said Friday. The officer's condition was not immediately known.

"Police were in a standoff with the vehicle just down the hill," Ramirez said. They ordered one suspect out and commanded him to strip down completely naked before putting him in a patrol car, which did not leave the scene.

The man was later released and is not a suspect in the case.

But while the man was being held, FBI agents approached the squad car, and police ordered the man back out of the car. FBI agents questioned him -- still fully undressed -- on the sidewalk.

In an early phase of the lockdown, a man could be seen lying face down on the street with his hands outstretched in front of him and his legs crossed. It is unclear whether this was the man who was arrested and ordered to undress.

According to a source briefed on the investigation, the suspects involved in the Boston bombing are originally from the Russian Caucasus and had moved to Kazakhstan at a young age before coming to the United States several years ago.

Another source, from federal law enforcement, also told CNN that the man being sought has been in the United States for at least a couple of years.

The man identified as Tamerlan Tsarnaev, the older brother, had studied at Bunker Hill Community College and wanted to become a engineer, the source said. He then took a year off to train as a boxer.

The source told CNN's Deborah Feyerick that a posting on a social media site in his name included the comments: "I don't have a single American friend. I don't understand them."

aThe source added that it should not be assumed that either brother was radicalized because of their Chechen origins.
Posted by Steve Douglass at 6:00 AM No comments: