It's a miracle! B-2 Spirit resurrected! 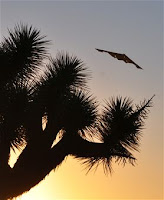 8/23/2011 - WRIGHT-PATTERSON AIR FORCE BASE, Ohio -- Sadly, we've seen too many comrades return home bearing the scars of war -- enough that the term "wounded warrior" has become entrenched in the American lexicon and merits millions of hits on Google.

So when a 'wounded warrior' - a veteran which has stood ready to answer its country's call -- flew into Palmdale, Calif., on August 16, it could've passed as yet another sad and noble story.

Except that aircraft number 0332, the B-2 bomber named the "Spirit of Washington," hadn't received its scars in battle, but from a horrific fire in February 2010 that left it unable to fly.

Marooned on the island of Guam, the aircraft needed to travel to Northrop Grumman's maintenance facility in Palmdale. Six thousand miles across the Pacific is normally a cakewalk for an aircraft that was designed to project U.S. power to any spot on the globe. But the Spirit of Washington was going to need a lot of work just to get off the ground.

What ensued over the next 18 months was nothing short of a herculean effort, according to Col. Mark Williams, Aeronautical Systems Center's B-2 Division Chief.

Early on, the team set a goal to have the aircraft in Palmdale before the end of the 2011 fiscal year.

"We budget for three aircraft every other year to receive Programmed Depot Maintenance (PDM)," Colonel Williams said. "It was an aggressive goal, but we wanted to get 0332 to Palmdale before the end of FY11 as our third PDM."

Getting a team on the ground was the first order of business and Northrop Grumman basically deployed a team of engineers and technicians to work with the Air Force. The task list was long and included rebuilding some structural components, work that typically is only done at the depot.

"Our goal was to make the aircraft safe to fly. We knew it would be going straight in for depot maintenance and didn't want to duplicate anything. But there were some depot-level items that needed attention to ensure our flight crew would be safe," Colonel Williams said.

The colonel dispatched two of his best from the division to be his eyes and ears on the ground.

Lt. Col. Greg Tolmoff deployed and learned how to inspect and certify the repairs to ensure every task was performed to standard. Senior Master Sgt. Keith Sanders used his 16 years of experience as a B-2 Maintenance Crew Chief to help guide and assess progress.

"I can't say enough about how Greg and Keith performed," Colonel Williams said. "I'm extremely proud of the dedication they displayed during periods of long hours and family separation."

Once the aircraft was ready to again take the skies, the entire team outlined a comprehensive plan to fly the aircraft home. They established very strict controls on weight, altitude, and speed to lessen stress on the airframe. In-flight refueling was used to prevent ever having to take on the weight of a full load of fuel and a support aircraft followed along to assist the flight crew with avoiding turbulent weather and coordinate with air traffic control.

"The 141st Air Refueling Wing (ANG) deployed to Guam from Fairchild, Washington, and provided KC-135s for refueling and to serve as a support plane," Colonel Williams said. "That allowed us to put a team of Northrop engineers in the support plane where they could monitor the aircraft's performance and offer technical advice to deal with any issues."

Fortunately for all, this "wounded warrior" took to the skies like the proverbial phoenix traveling the entire distance without incident and landing in Palmdale more than a month ahead of schedule. It now starts a 24 month PDM process that will completely return this veteran to operational duty for the 509th Bomb Wing at Whiteman AFB, Mo.

Looking at a photo of 0332 silhouetted against Joshua Trees and the rising California sun taken as it prepared to land in Palmdale, Colonel Williams has the look of someone who witnessed something amazing.

"I'm going to make that photo my new computer wallpaper," he sa
Posted by Steve Douglass at 7:01 PM 1 comment: