(CNN) -- An Ethiopian airliner with 83 people on board crashed into the sea after takeoff from Lebanon early Monday, Lebanese army officials said.

The Boeing aircraft was en route from Beirut to the Ethiopian capital, Addis Ababa, when it disappeared from radar 30 minutes after takeoff from Rafik Hariri International Airport in Beirut about 4 a.m. local time, Lebanon's National News Agency reported.

On board were 54 Lebanese nationals and 29 people of other nationalities, the army officials said.

No additional information was immediately available 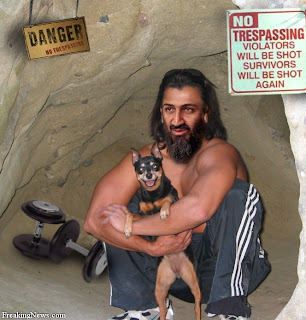 He praised Umar Farouq Abdulmutallab, the Nigerian who tried to blow up a Delta Airlines flight from Amsterdam to Detroit with explosives concealed in his underpants, as "a hero".


The one-minute recording, which bin Laden directed personally to President Barack Obama, sought once again to draw a direct link between al-Qaeda's terror campaign and US support for Israel.Although he did not claim direct responsibility for the attack, bin Laden said that Abdulmutallab's mission was intended to "re-affirm" the message sent to the United States on September 11, 2001.

"America will never dream of living in peace unless we live it in Palestine," bin Laden is heard to say in the recording, which was broadcast by al-Jazeera television in Qatar. "It is unfair that you enjoy a safe life while our brothers in Gaza suffer greatly."

Despite warnings of a potentially imminent terror attack on British soil, possibly to coincide with conferences in London this week to discuss Yemen and Afghanistan, bin Laden made no specific threats, confining himself to a pledge to continue his struggle against the US.

"With God's will, our attacks on you will continue as long as you continue to support Israel," he concluded.

While the voice on the recording appeared to resemble bin Laden, the audiotape has yet to be authenticated by Western intelligence. If confirmed, the recording would represent his first audio message released since Sept 25 when he issued a demand for the withdrawal of European troops from Afghanistan that was timed to coincide with federal elections in Germany.

Bin Laden's latest recording appeared partly designed to show that he retained control of al-Qaeda even after it transformed itself into a series of loosely linked franchises extending from West Africa to Afghanistan.

Abdulmutallab is believed to have embarked on his failed mission after making contact with al-Qaeda's affiliate in Yemen, al-Qaeda in the Arab Peninsula (Aqap), which has claimed responsibility for the Christmas Day attack.

Yemen's growing reputation as a safe haven for Islamist extremists has been a cause for concern in Britain and the US for over a year and efforts to counter the resurgence of al-Qaeda in the country have been stepped up over the past month.

According to Yemeni experts, the local leadership of Aqap sees bin Laden as its inspiration rather than as a commander and consequently plans its missions without reference to him.

"All operations are locally planned and implemented," said Mohammed al-Ahmadi, a Yemeni journalist who has long covered Aqap. "There may be encouragement from the core leadership, but nothing more."