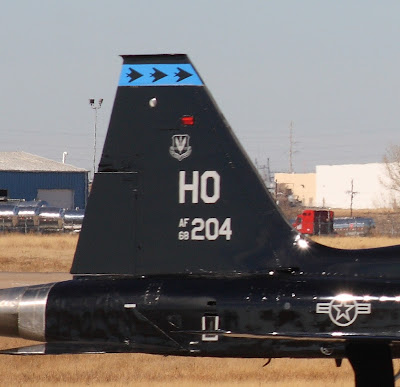 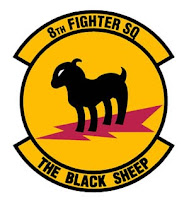 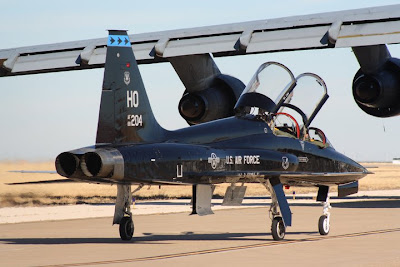 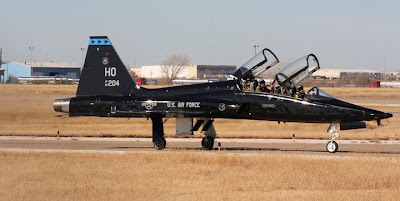 A friend of mine (Dean Muskett) was out at the local airport today and shot this photo of one of Holloman's T-38 jet trainers on the ramp. What surprised me was to see the tail stripe adorned with F-117s and not the usual F-22 Raptors.

There have been many (recent) sighting reports of F-117s still flying - even though they were retired a few years ago. Could this mean the F-117 and a training squadron has been reactivated? Something to look into. 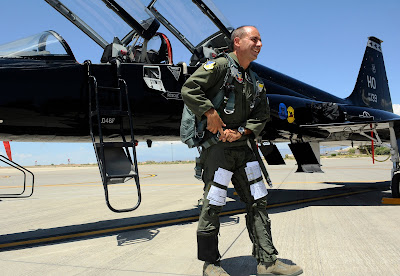 DISCUSSION LINK
Posted by Steve Douglass at 5:25 PM No comments: 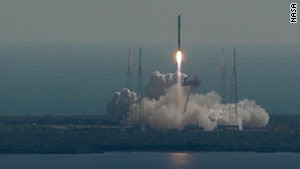 (CNN) -- The SpaceX commercial rocket lifted off at 10:43 a.m. ET.
The first commercial spacecraft slated to orbit Earth and re-enter successfully was originally scheduled to lift off shortly after 9 a.m. but was delayed.
SpaceX's Falcon 9 rocket and Dragon capsule had a 9 a.m. to 12:22 p.m. ET launch window.

A successful launch and re-entry would be the latest steps toward commercial space ventures that could eventually ferry astronauts and cargo to the international space station.

In July, a test launch of the Falcon 9 rocket was "essentially a bullseye," SpaceX officials said after the rocket successfully pushed past the earth's atmosphere and deposited a mock-up of its Dragon space capsule in orbit.
NASA has been flying shuttles in low Earth orbit and going to and from the space station for 30 years. The administration would like to see whether private companies can do it cheaper and more efficiently, as the shuttle program is about to fly into retirement.


NASA has selected SpaceX and another company, Orbital Sciences, to each develop an orbital vehicle because the United States will not have its own way to get to the space station. The United States will be renting space from the Russians aboard their Soyuz spacecraft.

But the competition is rabid. SpaceX is the first company to reach the launchpad. By this summer, it had spent almost $400 million to get there.

SpaceX CEO Elon Musk, co-founder of PayPal, said in July that if all goes well after a series of test flights, SpaceX will be ready to begin flying cargo to the space station next year.
Musk says they can begin ferrying astronauts to the space station within three years.
Posted by Steve Douglass at 8:14 AM No comments: