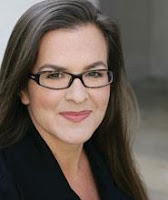 Note: The following is an excerpt from an article about "Area 51 The Uncensored History Of America's Top Secret Air Base." author Annie Jacobsen.

I post it because it speaks to the credibility of this "investigative reporter" who theorizes that the "Roswell Incident" was actually a elaborate scheme cooked up by the Russians - using - genetically engineered (with the help of Joseph Mengele) little green pilots to crash saucer-shaped aircraft (designed by Nazi aircraft designers the Horten Brothers) into the New Mexico desert to convince America we were under risk of alien attack.

INMHO, If you are interested (and who isn't) what really is going on in Area 51 - don't buy this book.
Visit Dreamland Resort instead.

She survived a flight with 14 harmless Syrian musicians -- then spread 3,000 bigoted and paranoid words across the Internet. As a pilot and an American, I'm appalled.
BY PATRICK SMITH

In this space was supposed to be installment No. 6 of my multiweek dissertation on airports and terminals. The topic is being usurped by one of those nagging, Web-borne issues of the moment, in this case a reactionary scare story making the cyber-rounds during the past week.

The piece in question, "Terror in the Skies, Again?" is the work of Annie Jacobsen, a writer for WomensWallStreet.com. Jacobsen shares the account of the emotional meltdown she and her fellow passengers experienced when, aboard a Northwest Airlines flight from Detroit to Los Angeles, a group of Middle Eastern passengers proceeded to act "suspiciously." I'll invite you to experience "Terror" yourself, but be warned it's quite long. It needs to be, I suppose, since ultimately it's a story about nothing, puffed and aggrandized to appear important.

The editors get the drama cooking with some foreboding music: "You are about to read an account of what happened," counsels a 70-word preamble. "The WWS Editorial Team debated long and hard about how to handle this information and ultimately we decided it was something that should be shared ... Here is Annie's story" [insert lower-octave piano chord here].

What follows are six pages of the worst grade-school prose, spring-loaded with mindless hysterics and bigoted provocation.

Fourteen dark-skinned men from Syria board Northwest's flight 327, seated in two separate groups. Some are carrying oddly shaped bags and wearing track suits with Arabic script across the back. During the flight the men socialize, gesture to one another, move about the cabin with pieces of their luggage, and, most ominous of all, repeatedly make trips to the bathroom. The author links the men's apparently irritable bladders to a report published in the Observer (U.K.) warning of terrorist plots to smuggle bomb components onto airplanes one piece at a time, to be secretly assembled in lavatories.

"What I experienced during that flight," breathes Jacobsen, "has caused me to question whether the United States of America can realistically uphold the civil liberties of every individual, even non-citizens, and protect its citizens from terrorist threats."

Intriguing, no? I, for one, fully admit that certain acts of airborne crime and treachery may indeed open the channels to a debate on civil liberties. Pray tell, what happened? Gunfight at 37,000 feet? Valiant passengers wrestle a grenade from a suicidal operative? Hero pilots beat back a cockpit takeover?

Well, no. As a matter of fact, nothing happened. Turns out the Syrians are part of a musical ensemble hired to play at a hotel. The men talk to one another. They glance around. They pee. DREAMLAND RESORT DISCUSSION ON THIS BOOK HERE
Posted by Steve Douglass at 7:39 AM No comments:

Super Guppy back in Amarillo -- 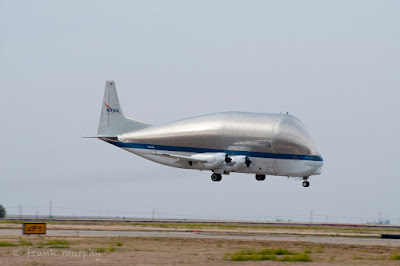 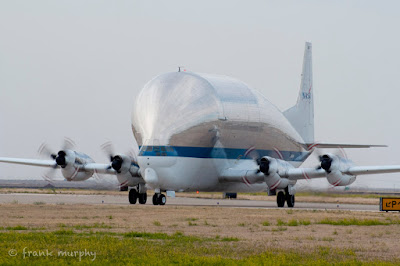 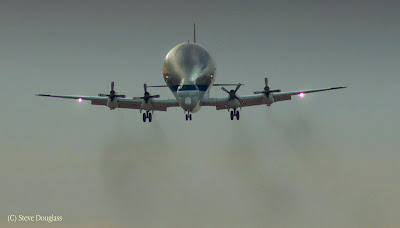 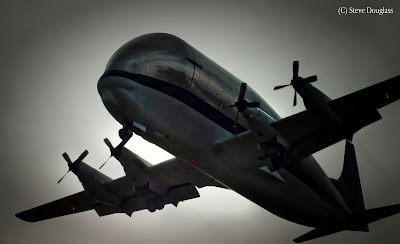 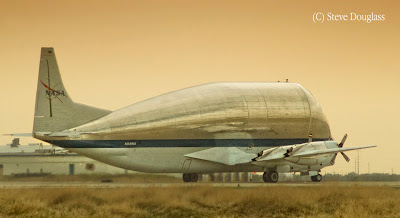 LINK TO INFO ABOUT SUPER GUPPY!
Posted by Steve Douglass at 6:14 AM 1 comment: