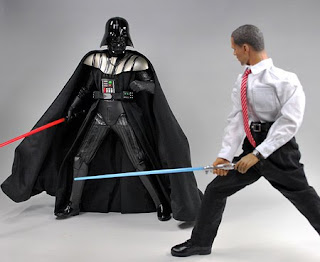 New York (CNN) -- President Barack Obama blasted his Iranian counterpart Friday for what he called offensive and hateful remarks about the September 11 attacks.
Iranian President Mahmoud Ahmadinejad blamed the United States for the 2001 terrorist attacks, an accusation that triggered a walkout Thursday by several United Nations delegates.
"Well, it was offensive. It was hateful," Obama said in part of an interview with BBC Persian released by the White House.

"And particularly for him to make the statement here in Manhattan, just a little north of ground zero, where families lost their loved ones -- people of all faiths, all ethnicities who see this as the seminal tragedy of this generation -- for him to make a statement like that was inexcusable," Obama said.
Posted by Steve Douglass at 11:57 AM No comments: