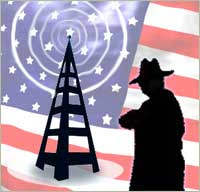 Washington (CNN) -- A former State Department analyst was sentenced to life in prison Friday for spying for Cuba for almost 30 years.
His wife and partner in spying received a sentence of six years and nine months, but will get credit for more than a year already served.

Kendall Myers, 73, pleaded guilty last November to conspiracy to commit espionage and wire fraud. His wife, Gwendolyn Steingraber Myers, 72, admitted to one count of conspiracy to gather and transmit national defense information.
Kendall Myers' life sentence does not include the possibility of parole.
In a prepared statement, Myers said he and his wife never wanted to harm Americans."

We wish to add at this time that we acted as we did for 30 years because of our ideals and beliefs," he said. "We did not seek nor receive payment for our work. We did not act out of anger at the United States or from a feeling of anti-Americanism. Nor did we ever intend to hurt any individual Americans. Our overriding objective was to help the Cuban people defend their revolution. We also hoped to forestall conflict between the two countries."

"We share the dreams and ideals of the Cuban revolution," he added. "We are equally committed to helping the struggling people of the world, whether they are here at home or abroad."
As part of their sentences, the couple also agreed to pay the government more than $1.7 million, a figure matching Kendall Myers' estimated salary over the years while working for the U.S. government and secretly spying for Cuba.
The two were arrested in June 2009 after meeting several times with an undercover FBI agent to whom they admitted their activities on behalf of Cuba. Those meetings were captured on video and audio tape.

Court documents painted an intriguing picture of a couple motivated by admiration for Fidel Castro and the Cuban revolution. They used code names. Kendall Myers was known as Agent 202. Gwendolyn Myers used the names Agent 123 and Agent E-634.
They used a shortwave radio to communicate from their District of Columbia home with their Cuban handlers. The couple also admitted they met Cuban agents on overseas trips to various places, including Trinidad and Tobago, Jamaica, Mexico, Brazil, Ecuador and Argentina.
Kendall Myers worked at the State Department's Foreign Service Institute and later at the department's Bureau of Intelligence and Research. He received a "top secret" security clearance in 1985.

According to court documents, Myers told the undercover FBI agent he usually took information from the State Department by memorizing it or taking notes, and upon occasion he actually took classified documents home. Gwendolyn Myers said she would process the information to be delivered to their Cuban intelligence handlers.

At the request of the defense, U.S. District Judge Reggie Walton agreed to recommend the Myerses serve their time in facilities near one another to make it easier for family members to visit them. The Bureau of Prisons will make the ultimate decision on that.
Posted by Steve Douglass at 7:27 AM No comments: