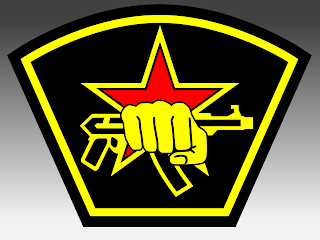 Kyiv, Ukraine — Russian President Vladimir Putin said Monday that he will recognize the independence of two Russian-backed breakaway republics in the east of Ukraine. The Biden administration warned last week that the move would violate international law and Ukraine's sovereignty, and would "necessitate a swift and firm response" from America and its allies.

The Russian leader's decision effectively signals that Moscow is no longer interested in negotiating with the West to find a diplomatic resolution to the Ukraine crisis based on cease-fire deals hammered out eight years ago, which have been consistently pointed to by both sides as the only viable framework for an agreement.

Putin announced during an extraordinary public meeting of his security council in Moscow earlier on Monday that he would decide whether to formally recognize the independence of the self-declared "People's Republics" of Donetsk and Luhansk, in eastern Ukraine's Donbas region.

When the Russian parliament voted to send Putin the same request five days ago, potentially recognizing Luhansk and Donetsk as independent, it was seen as a way for the Russian leader to increase pressure on Kyiv without taking direct military action, but the West made it clear at that stage that it would be considered another serious provocation.

Posted by Steve Douglass at 12:05 PM No comments: