Kabul, Afghanistan (CNN) -- An airplane with 44 people on board has crashed in the mountains of Afghanistan, an Afghan government spokesman said Monday.

The plane was carrying 38 passengers and six crew members when it crashed en route from Kunduz to Kabul, said Raz Mohammad Alami of the Ministry of Transport and Civil Aviation.
Several non-Afghans were on the plane, which has not yet been found, said Zemarai Basharay, a spokesman for the Interior Ministry.

At least three of them were British nationals, according to a Foreign Office spokeswoman who declined to give her name in keeping with the office's typical practice.
The plane crashed near the Salang Pass, north of Kabul, he said. A meteorological agency reported hearing a huge sound there, and the government's minister of transport and aviation and his deputy went there to investigate.

The NATO-led International Security Assistance Force has sent a plane to the region, said spokesman Col. Wayne Shanks, but the search has been hampered by rain and adverse weather conditions.

In addition, the force sent two helicopters to the area, and others were on standby at Bagram Airfield and Kabul International Airport, the NATO-led force said.
While several plane crashes have occurred in Afghanistan in the past few years -- most of them military aircraft -- the last crash with fatalities occurred in September 2006, when a British Royal Air Force plane crashed about 12.5 miles (20 km) west of Kandahar, according to the website of the Aviation Safety Network, which maintains a database of crashes. Fourteen people were killed in that crash.

In 2005, 104 people were killed when Kam Air flight 904 struck a mountain while approaching Kabul in poor visibility, according to the network.
Posted by Steve Douglass at 7:00 PM No comments: 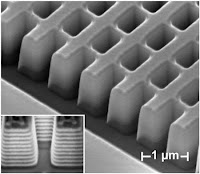 Lockheed officials avoided the need to use stealthy appliqués and coatings by curing the substance into the composite skin of the aircraft, according to Tom Burbage, executive vice president of F-35 program integration for the company. It “makes this airplane extremely rugged. You literally have to damage the airplane to reduce the signature,” he said in an interview with AVIATION WEEK. This top-fiber mat surface takes the place of metallic paint that was used on earlier stealthy aircraft designs.

The composite skin of the F-35 actually contains this layer of fiber mat, and it can help carry structural loads in the aircraft, Burbage adds. The F-35 is about 42% composite by weight, Burbage says, compared to the F-22 at 22% and the F-16 at 2%.

Lockheed Martin declined to provide further details on fiber mat because they are classified. But the disclosure of this new substance comes at a time when Lockheed Martin officials are arguing that maintenance costs for the F-35 will be lower than anticipated by operators.

Officials at the Pentagon are required to complete their life-cycle cost estimates for the Joint Strike Fighter by the end of the month to certify that the $328-billion program can move forward despite a major cost spike. However, this has been an issue of controversy. A U.S. Naval Air Systems Command study recently stated that 65 years of sustainment for the single-engine stealthy fighter could cost about $442 billion (in Fiscal 2002 dollars) more than planned.

U.S. Air Force Chief of Staff Gen. Norton Schwartz said in an interview this week with AVIATION WEEK that he feels maintenance numbers for the conventional takeoff and landing version are “manageable,” but he did not provide a number. A sustainment cost for all three variants is needed to proceed with Nunn-McCurdy certification after the 57% cost overrun.

Amid this debate, Lockheed Martin continues to claim that sustainment costs for F-35 will actually be lower than its predecessors. But the company’s argument faces the same challenge as its assertion that the Pentagon Cost Analysis and Program Evaluation (CAPE) office’s development and production estimates are inflated. Fundamentally, company officials say, Pentagon estimates on both points rely too much on data from legacy aircraft.

Schwartz, who represents the service that will eventually operate the preponderance of the Pentagon’s F-35 fleet, appears unsympathetic to Lockheed’s complaints about the estimates. “This is a show-me situation for the government, the program office and the contractor,” he says. “Notwithstanding what they think of the estimate, that is what we budgeted to. If they want to sell more airplanes, there is a clear path ahead.”

RELATED LINK?
Posted by Steve Douglass at 1:25 PM No comments: