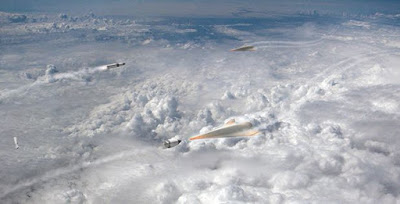 HUNTSVILLE, Ala., Feb. 10, 2020 (GLOBE NEWSWIRE) -- Aerojet Rocketdyne has been awarded a contract worth up to $19.6 million by the Defense Advanced Research Projects Agency (DARPA) to develop enabling technologies for an advanced hypersonic defense interceptor known as Glide Breaker.

According to DARPA, the Glide Breaker program intends to advance the United States’ means to counter hypersonic vehicles. The effort aims to develop and demonstrate a technology that is critical for enabling an advanced interceptor capable of engaging maneuvering hypersonic threats in the upper atmosphere.

Aerojet Rocketdyne supplies both solid-fueled and air-breathing propulsion systems for hypersonic flight. The company provided both types of systems for the joint Air Force-DARPA-NASA X-51A WaveRider, which completed the first practical hypersonic flight of a hydrocarbon-fueled and -cooled scramjet-powered vehicle. More recently, the company successfully completed a series of subscale propulsion-system test firings as part of DARPA’s Operational Fires (OpFires) program, which is an effort to develop a ground-launched hypersonic missile for tactical use.
Posted by Steve Douglass at 3:39 PM 1 comment: