17 alleged Afghan militants killed in strike: "Afghan forces and their allies killed 17 suspected militants in an air assault on what they called a 'known insurgent safe haven,' the Afghan government and the U.S. military announced in a joint statement Sunday.

Posted by Steve Douglass at 6:07 AM No comments:

NASA Developing Dark Energy Observatory: "NASA and the Department of Energy are working together to build the first space-based observatory designed to understand the nature of dark energy.

Posted by Steve Douglass at 6:06 AM No comments:

Yes, more space shuttle/ISS photos. It passed NW of the city tonight -- and it was a few minutes late. This evening it was Dale Stanton,sister Shelley, myself and photog friend John ( no not the NFL commentator) Madden.
Just when we thought we had missed it, Dale spotted it coming out almost due west and not SW like we had thought.
As an experiment I tried to shoot some telephoto stills with my Sony video/digital still camera. The Sony has a 30 X optical zoom and can shoot digital stills saved to a Sony memory card.
Since the telephoto was (I'm guessing) equivalent to a 1500 mm lens,I thought if I used a fast shutter speed I might be able to discern a shape.
What you see here are the results with a LOT of tweaking in Photoshop. Kind of looks like a - er -um - flying swastika.
Click to enlarge: 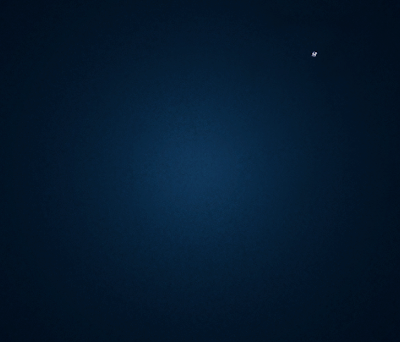 Here's one of Dale's pix. I'm guessing the wavy trail is due to mirror bounce.

"The squiggles are from the mirror in SLR's that slaps up out of the way so the image can be recorded. That mirror does shake the camera when it flips up and as you see, it settles down in about 2 seconds. This was a 2-second exposure. 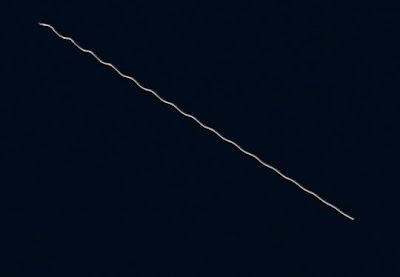 Here is an official NASA photo from the Space Shuttle taken last week.

Posted by Steve Douglass at 5:39 AM No comments: 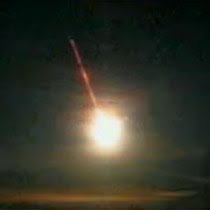 SASKATOON, Saskatchewan (AP) — Scientists say they hope to find remnants of a meteor that brilliantly lit up the sky before falling to earth in western Canada.
University of Calgary planetary scientist Alan Hildebrand called it one of the largest meteors visible in the country in the last decade.

Widely broadcast video images showed what appeared to be a speeding fireball Thursday night over Saskatoon that became larger and brighter before disappearing as it neared the ground.
Hildebrand said Friday that he received about 300 email reports from witnesses.

"It would be something like a billion-watt light bulb," said Hildebrand, who also co-ordinates meteor sightings with the Canadian Space Agency.

Tammy Evans was wakened by her 10-year-old daughter who ran into the bedroom.
"She said there was a flash of light, the house shook twice and it sounded like dinosaurs were walking," Evans said.

Hildebrand suspects it broke up into pieces and he plans to investigate around Macklin, Saskatchewan near the Alberta border.
Rick Huziak, an amateur astronomer in Saskatoon, helped operate a camera on top of the University of Saskatchewan physics building that captured video of the meteor.

"It was quite spectacular. The ground lights up all over the place," he said.
Martin Beech, an associate professor of astronomy at the University of Regina, said meteorites are valuable to learning about the history of the solar system.

"Picking up a meteorite is almost equivalent to doing a space exploration mission between Mars and Jupiter," he said.

I can't hep but think that it looks a lot like an image from the original War of the Worlds movie from the 1950s.

Posted by Steve Douglass at 5:20 AM No comments: