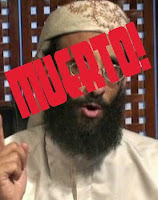 Sanaa, Yemen (CNN) -- American-born Muslim cleric Anwar al-Awlaki -- whose fluency in English and technology made him one of the top terrorist recruiters in the world -- was killed in Friday airstrike in Yemen, officials said.

Al-Awlaki's death, confirmed by U.S. and Yemeni officials, dealt yet another dramatic blow to an al Qaeda network still reeling from the killing and capture of several top leaders this year, most notably Osama bin Laden.

A "successful joint intelligence-sharing operation" between Yemen and the United States led to the attack that killed al-Awlaki, a Yemeni government official said Friday. The official asked not to be named because he is not authorized to speak to the news media.

The United States regarded al-Awlaki, the public face of al Qaeda in the Arabian Peninsula, as a terrorist who posed a major threat to American homeland security. Western intelligence officials believe al-Awlaki was a senior leader of Al Qaeda in the Arabian Peninsula, one of the most active al Qaeda affiliates in the world. It has been linked to the attempt to blow up an airliner over Detroit in December 2009 and a cargo plane plot last year.

"Anwar al-Awlaki didn't need subtitles to indoctrinate," Sajjan Gohel of the Asia Pacific Foundation, who called al-Awlaki's death significant. "He spoke English, he understood how to impact the Muslim diaspora in the West."

Al-Awlaki was killed about 8 kilometers (5 miles) from the Yemeni town of Khashef, east of the capital, Sanaa, said Mohammed Basha, a spokesman for the Yemeni Embassy in Washington. He said the operation was launched at 9:55 a.m.

A senior U.S. administration official confirmed al-Awlaki's death. The official spoke on condition of anonymity to CNN because he is not authorized to release the information. The official did not provide any other information.

It was during that time that as an imam in California and Virginia, al-Awlaki preached to and interacted with three of the September 11, 2001, hijackers, according to the 9/11 Commission Report. He publicly condemned the attack afterward.

Al-Awlaki spent 18 months in a Yemeni prison from 2006 to 2007 on kidnapping charges, but was released without going to trial. Al-Awlaki claimed that he was imprisoned and held at the request of the United States.

U.S. officials say al-Awlaki -helped recruit Umar Farouk AbdulMutallab, the Nigerian man known as the underwear bomber, who was charged with trying to blow up a transatlantic flight as it landed in Detroit on December 25, 2009.

The militant cleric is also said to have exchanged e-mails with accused Fort Hood shooter Maj. Nidal Hassan, who is accused of killing a dozen fellow soldiers and a civilian in a rampage at the Texas Army post.

"If you put it into perspective, (Osama) bin Laden's death had global ramifications for the transnational terror movement. Anwar Al-Awlaqi's death will have equal implications for lone-wolf terrorism," Gohel said.

That's because al-Awlaki was articulate and he understood the Western mindset, Gohel said. He knew his way around the internet and was skilled in indoctrinating impressionable youth.
Early this year, a Yemeni court sentenced al-Awlaki in absentia to 10 years in prison for charges of inciting to kill foreigners.

Prosecutors charged al-Awlaki and two others with "forming an armed gang" to target foreign officers and law enforcement in November.

At a U.S. congressional hearing this year, Michael Leiter, director of the National Counterterrorism Center, said, "I actually consider al Qaeda in the Arab Peninsula, with al-Awlaki as a leader within that organization, as probably the most significant threat to the U.S."

According to IntelCenter, which monitors jihadist propaganda, Nasir al-Wuhayshi, who is responsible for expanding AQAP's focus on U.S. attacks, remains in charge of the group and further attempts to conduct attacks are expected.
Posted by Steve Douglass at 6:48 AM No comments: