China hints B-2- lookalike stealth bomber may be flying soon

Ge Heping, the Party chief of the Chinese Flight Test Establishment, a division of the state-owned Aviation Industry Corporation of China (AVIC), made the statement during a rally meeting on Tuesday. 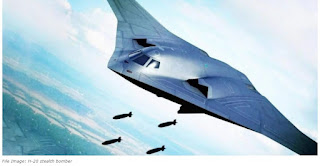 The statement was issued to mobilize personnel involved in the test, State-run Global Times reported, citing the press release. Ge urged everyone involved in the aircraft’s development to realize how crucial it is to complete this mission fully.

The Chinese Flight Test Establishment, also known as the AVIC Flight Test Center, was established in 1959. China’s only national body authorized to carry out validations and flight tests for aviation products, such as military and commercial aircraft, aero engines, and airborne equipment.

However, the aircraft’s designation and type were not made public in either the report or the press release.

The widely expected H-20 strategic stealth bomber was a common assumption among internet users. Some claimed that only H-20 is befitting the description of having strategic and historical significance.

The Chinese military has occasionally offered a few updates on H-20. In January 2021, a scene from the service’s recruitment video featured the flying wing design of the next-generation, long-range strategic stealth bomber being developed for the Chinese People’s Liberation Army Air Force.
Posted by Steve Douglass at 1:35 PM No comments: