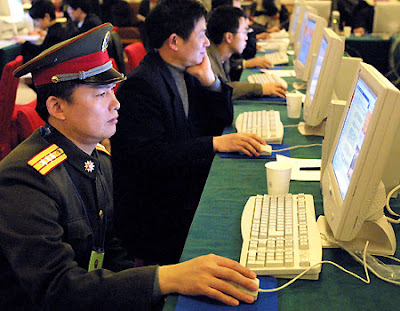 He said the attack, involving Chinese IP addresses, was under investigation.

In a statement, Nasa said it had "made significant progress to protect the agency's IT systems".

Mr Martin's testimony on Nasa's cybersecurity was submitted to the House Committee on Science, Space and Technology's Subcommittee on Investigations and Oversight.

In the document, he outlined how investigators believed the attack had involved "Chinese-based internet protocol [IP] addresses".

He said that the attackers had "full system access" and would have been able to "modify, copy, or delete sensitive files" or "upload hacking tools to steal user credentials and compromise other Nasa systems".

Mr Martin outlined how the agency suffered "5,408 computer security incidents" between 2010 and 2011.

He also noted that "between April 2009 and April 2011, Nasa reported the loss or theft of 48 Agency mobile computing devices".

In one incident an unencrypted notebook computer was lost containing details of the algorithms - the mathematical models - used to control the International Space Station.

Nasa told the BBC that "at no point in time have operations of the International Space Station been in jeopardy due to a data breach".

Read the rest of the story HERE.
Posted by Steve Douglass at 2:17 PM No comments: