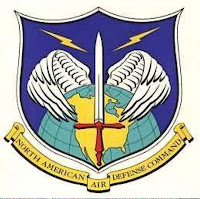 PETERSON AIR FORCE BASE, Colo. - Two F-16 fighter jets under the direction of North American Aerospace Defense Command scrambled today at approximately 2:30 EST in response to a general aviation aircraft that was out of communication in the National Capital Region.

The fighter jets, from Andrews Air Force Base, intercepted the general aviation aircraft, which then exited the flight restricted area. The fighters then returned to base.

NORAD's mission – in close collaboration with homeland defense, security, and law enforcement partners – is to prevent air attacks against North America, safeguard the sovereign airspaces of the United States and Canada by responding to unknown, unwanted and unauthorized air activity approaching and operating within these airspaces, and provide aerospace and maritime warning for North America. NORAD may be required to monitor, shadow, divert from flight path, direct to land and/or destroy platforms deemed a potential threat to North America.

This marked the Aegis BMD system's first engagement against an intermediate range ballistic missile, as well as the first time the system used a launch-on-remote capability, which allows the Aegis BMD system to employ remote sensors to detect threats as early in flight as possible.

The Aegis BMD system fired a Standard Missile using real-time information from a remote sensor prior to the shipboard SPY-1 radar acquiring the inbound ballistic missile.

"The Lockheed Martin-led team has evolved Aegis from an anti-ship missile system to the basis for the U.S. approach to global missile defense," said Lisa Callahan, vice president of maritime ballistic missile defense programs. "With this test, Aegis BMD proves that it can expand the battlespace and destroy ballistic missile threats earlier in their trajectory than ever before."

The USS O'KANE (DDG-77) employed the first generation Aegis BMD configuration to complete this exercise conducted by the Missile Defense Agency, the U.S. Navy and Lockheed Martin. This configuration, which added the capability for ships to defend themselves from short range ballistic missiles in the terminal phase of flight, was certified for operations by the Navy in March 2008.

Headquartered in Bethesda, Md., Lockheed Martin is a global security company that employs about 132,000 people worldwide and is principally engaged in the research, design, development, manufacture, integration and sustainment of advanced technology systems, products and services. The Corporation's 2010 sales from continuing operations were $45.8 billion.

For additional information on Lockheed Martin Corporation, visit: http://www.lockheedmartin.com
SOURCE Lockheed Martin
Posted by Steve Douglass at 9:31 AM No comments: 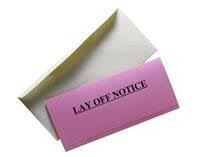 The official notification was long expected, as the shutdown of the 30-year-old shuttle program has been under way for several years.

The company, which has been whittling down its workforce over the past year, currently employs about 5,600 people under the shuttle processing contract in Florida, Texas and Alabama. Up to 2,800 will be laid off this summer, after completion of two final shuttle missions. The cutback will affect 1,850-1,950 employees in Florida, 750-800 in Texas and 30-40 in Alabama.

“We are committed to making this transition as smooth as possible for them,” USA President and Chief Executive Virginia Barnes said. “Though USA will be a significantly smaller company after the space shuttle program is completed, we are optimistic about our future.”
Posted by Steve Douglass at 9:23 AM No comments: