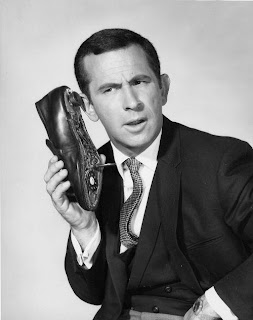 WASHINGTON (CNN) -- When you see people at the office using such Internet sites as Facebook and MySpace, you might suspect those workers are slacking off.


A social-networking site for the world of spying officially launches for the U.S. intelligence community this month.

But that's not the case at the CIA, the FBI and the National Security Agency, where bosses are encouraging their staff members to use a new social-networking site designed for the super-secret world of spying.

"It's every bit Facebook and YouTube for spies, but it's much, much more," said Michael Wertheimer, assistant deputy director of national intelligence for analysis.

The program is called A-Space, and it's a social-networking site for analysts within the 16 U.S. intelligence agencies.

Instead of posting thoughts about the new Avenged Sevenfold album or Jessica Alba movie, CIA analysts could use A-Space to share information and opinion about al Qaeda movements in the Middle East or Russian naval maneuvers in the Black Sea.

The new A-Space site has been undergoing testing for months and launches officially for the nation's entire intelligence community September 22.

"It's a place where not only spies can meet but share data they've never been able to share before," Wertheimer said. "This is going to give them for the first time a chance to think out loud, think in public amongst their peers, under the protection of an A-Space umbrella."

Wertheimer demonstrated the program to CNN to show how analysts will use it to collaborate.

"One perfect example is if Osama bin Laden comes out with a new video. How is that video obtained? Where are the very sensitive secret sources we may have to put into a context that's not apparent to the rest of the world?" Wertheimer asked.

"In the past, whoever captured that video or captured information about the video kept it in-house. It's highly classified, because it has so very short a shelf life. That information is considered critical to our understanding."

The goal of A-Space, like intelligence analysis in general, is to protect the United States by assessing all the information available to the spy agencies. Missing crucial data can have enormous implications, such as an FBI agent who sent an e-mail before September 11, 2001, warning of people learning to fly airplanes but not learning to land them.

"There was the question, 'Was that a dot that failed to connect?' Well, that person did this via e-mail," Wertheimer said. "A-
Even though Facebook, MySpace and other social-networking sites that inspired A-Space are predominantly the domain of young people, there apparently is no such generational divide on A-Space.

"We have found that participation in A-Space crosses every conceivable age line and experience line. People are excited, no matter what age group," Wertheimer said.

Of course, the material on A-Space is highly classified, so it won't be available for the public. Only intelligence personnel with the proper security clearance, and a reason to be examining particular information, can access the site. The creators of A-Space do not want it to be used by some future double agent such as Jonathan Pollard or Robert Hanssen to steal America's 21st-century secrets.

"We're building [a] mechanism to alert that behavior. We call that, for lack of a better term, the MasterCard, where someone is using their credit card in a way they've never used it before, and it alerts so that maybe that credit card has been stolen," Wertheimer said. "Same thing here. We're going to actually do patterns on the way people use A-Space."

Yes, analysts can collect friends on A-Space the way people can on Facebook. But nobody outside the intelligence community will ever know -- because they're secret
Posted by Steve Douglass at 4:01 PM No comments:

A broken parking brake caused the multi-million dollar flight line accident that damaged a B-1B Lancer and two fire trucks at Andersen Air Force Base, Guam, in March, according to Air Force investigation.

And two separate crash landings in May were caused by pilot errors, investigations decided.

On March 7, a B-1B assigned to the 28th Bomb Wing at Dyess Air Force Base, Texas, made an emergency landing at Andersen after the bomber’s Number 3 hydraulic system malfunctioned, the accident investigation board said in a report issued Sept. 3.

After the jet came to a stop on a taxiway with the parking brake on, Andersen’s emergency response team spotted a large hydraulic leak on the plane’s right side. To prevent a fire, the aircrew shut down the jet’s four engines. That’s what caused the emergency brake system to lose pressure, investigators concluded.

Twenty seconds later, the plane began to roll forward. First, the jet’s nose struck a fire truck. Then, the left wing hit a second truck, wedging the truck under the wing and stopping the jet.

A pilot onboard the B-1B as the jet started rolling tried to stop the plane using emergency brakes, but those failed, too.

The repair bill for the bomber and fire trucks totaled $5.8 million.

The investigators didn’t fault the aircrew, but said the accident could have been prevented if emergency crews had chocked the jet’s front wheels.

* The May 21 hard landing of T-1A Jayhawk training jet near the Lubbock, Texas, airport resulted from severe windshear and several mistakes by the aircrew, the investigation found. The two pilots, instructor Capt. Justin M. Gray and student Capt. Brady S. McConnell, both of the 47th Flying Training Wing, Laughlin Air Force Base, Texas, weren’t injured when the jet landed in plowed farm field a mile short of the Lubbock runway.

The crew was practicing a landing approach in gusting winds when windshear pushed the plane downward, the report said. The crew struggled to get the jet climbing, but the plane did not respond in time.

Damage to the two-engine jet was set at $3.7 million.

* An E-9A Widget landed wheels-up in Florida on May 1 because the two pilots forgot to lower the plane’s landing gear, an accident investigation board decided.

The E-9A is an Air Force version of the twin-propeller driven Bombardier Dash 8. The service’s two E-9As, part of the 53rd Wing, fly out of Tyndall Air Force Base, Fla., to monitor the test range over the Gulf of Mexico.

On May 1 instructor pilot Capt. Justin T. Allen was flying with a civilian student pilot, Joseph C. Cannizzo, and practicing landings at Tallahassee Regional Airport. As the crew flew a mock emergency landing, the pilots did not lower the landing gear. The plane hit the runway belly first and skidded 2,200 feet. Neither pilot suffered injuries.

The plane’s repair bill totaled $1.4 million
Posted by Steve Douglass at 5:55 AM No comments: