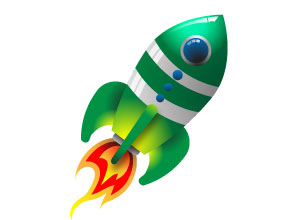 2012-11-28 11:21
SEOUL, Nov 28, 2012 (AFP) -- South Korea held a final dress rehearsal Wednesday for its third attempt to send a satellite into orbit and join an elite space club that includes Asian powers China, Japan and India.
After two previous failures in 2009 and 2010, the 140-tonne Korea Space Launch Vehicle (KSLV-I) is scheduled to blast off some time after 4:00pm (0700 GMT) Thursday from the Naro Space Center on the south coast.
Success will mean a huge boost for South Korea, a late entrant into the high-cost world of space technology and exploration desperate to get its commercial launch programme up and running.
Wednesday's preparations included launch simulations of both the rocket's Russian-built first stage and the South Korean-built second stage.
The launch had initially been scheduled for October 26, but it was cancelled at the last minute after engineers detected a broken rubber seal in a connector between the launch pad and the first stage.
A long delay ensued as the faulty seal was sent to the Russian manufacturer to be replaced.
"What matters is whether we succeed, not how fast we can launch the rocket," said Science Minister Lee Ju-ho.
Seoul's space ambitions were restricted for many years by its main military ally the United States, which feared that a robust missile or rocket programme would accelerate a regional arms race, especially with North Korea.
South Korea's space budget for 2012 is around $200 million, according to the Science Ministry -- a paltry sum compared to the billions being pumped in by governments in Beijing, Tokyo and New Delhi.
Whatever the outcome of Thursday's launch, South Korea insists it remains committed to developing a totally indigenous three-stage, liquid-fuelled rocket capable of carrying a 1.5-tonne payload into orbit by 2021.
In 2009, the rocket achieved orbit but faulty release mechanisms on the second stage prevented proper deployment of the satellite.
The second effort in 2010 saw the rocket explode two minutes into its flight, with both Russia and South Korea pointing the finger of blame at each other.
The KSLV-I will carry a small, 100 kilogram (220-pound) Science and Technology Satellite-2C (STSAT-2C) developed by the Korea Advanced Institute of Science and Technology.
The satellite, which has a one-year operational lifespan, will mainly collect data on space radiation.
Posted by Steve Douglass at 8:43 PM No comments: