Boss’s Firing May Result in Departures From Kabul 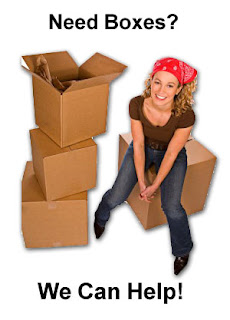 
KABUL, Afghanistan — The business of running the war in Afghanistan went on seemingly as usual on Thursday, although many in the NATO command headquarters here were reeling over the rapid-fire events that culminated in their boss’s dismissal, forcing many of them to polish their résumés.

While no one said he was leaving, there was little doubt in anyone’s mind that most of those closest to Gen. Stanley A. McChrystal, who was fired on Wednesday by President Obama, would leave with him. That would be partly in a show of solidarity and partly because the new commander, Gen. David H. Petraeus, would not request their services.

The senior people around General McChrystal, much like the top advisers to the president, serve at the general’s request. When a new commander is appointed, he almost always assembles his own team. That is somewhat more complicated in this case, because precipitous changes in the middle of a war could mean a loss of continuity and institutional knowledge.

“A lot of people will stay for the transition and then you’ll see them gradually pack up,” said a senior NATO officer, who spoke on the condition of anonymity because he was not permitted to speak publicly on the subject. The goal is to ensure that broad policy and day-to-day operations are not interrupted.

Several NATO officials said they expected that aides to General McChrystal who were quoted in Rolling Stone magazine making disparaging remarks about senior Obama administration officials would leave, possibly sooner rather than later.

Many people are watching closely to see whether some senior figures remain, including Maj. Gen. Michael T. Flynn, who leads the intelligence operation, and Maj. Gen. William C. Mayville, the deputy chief of staff in charge of operations. Both are viewed as important to the mission and both have relationships with General Petraeus, although they were also close to General McChrystal, said two NATO officers who work with them. They are also respected figures, viewed as bringing a nuanced understanding of counterinsurgency tactics.

But even those officers may leave. In particular the officer in charge of operations, a critical job, must have the complete trust of the commanding general. General Mayville’s relationship with General McChrystal might make it impossible for him to make the switch to General Petraeus.

Rear Adm. Gregory J. Smith, the chief of communications, was among a very small group of aides who accompanied General McChrystal to Washington this week. He was scheduled to return to Afghanistan over the weekend, which suggested that he would stay on, at least for now.

As a general relieved of his command, General McChrystal will not return to Afghanistan, according to his staff.

General Petraeus is known for bringing a large and diverse team to work with him, one with civilians and military personnel. They tend to be fiercely loyal to him. In Iraq, where he served for much of the war, he had several advisory groups to ensure that he was looking at all potential solutions to different problems.

General Petraeus must be confirmed by the Senate before he can assume command.

In all, 80 NATO troops have been killed in Afghanistan in June, making it the deadliest month for the United States-led coalition since the war began in 2001, according to the Web site iCasualties.org.
Posted by Steve Douglass at 8:53 AM No comments: 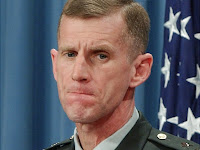 NYT:
WASHINGTON — Defense Secretary Robert M. Gates and Adm. Mike Mullen, who had sponsored Gen. Stanley A. McChrystal as commander in Afghanistan, expressed profound disappointment in his judgment on Thursday — tempered with thanks for his years in combat — after he was fired from the post. The dismissal followed publication of a profile of the four-star general in Rolling Stone that quoted him and his aides disparaging other officials.

“Honestly, when I first read it, I was nearly sick,” said Admiral Mullen, chairman of the Joint Chiefs of Staff.

Mr. Gates said he wholly supported the decision by President Obama to remove General McChrystal, who had helped devise the administration’s risky and expensive strategy of counterinsurgency in Afghanistan and was in charge of carrying it out.

Mr. Gates said that the statements attributed in the article to General McChrystal and his inner circle of aides “are unacceptable under our form of government and are inconsistent with the high standards expected of military leaders.”

During a Pentagon news conference, Mr. Gates and Admiral Mullen made their first lengthy comments on the controversy and the command change. They were both clearly saddened by the sidelining of one of the military’s most combat-tested Special Operations officers.

Mr. Gates conceded that in his advice to Mr. Obama about the matter, he had expressed concern that a change of command would sap the war effort of momentum at a pivotal moment, when by all accounts it is already proceeding more slowly than expected.

It was Mr. Obama’s suggestion to give the job to Gen. David H. Petraeus, the former commander in Iraq who now leads American forces across the Middle East; Mr. Gates said that the choice of General Petraeus eased his mind.

“My primary concern over the past few days has been to minimize the impact of these developments on the conduct of the war in Afghanistan,” Mr. Gates said. “The president’s decisions fully and satisfactorily address that concern.” He described the decision to give the Afghan command to General Petraeus as “the best possible outcome to an awful situation.”

Well aware that a perception of disarray in the American and NATO military headquarters in Kabul might worry American troops and allies while emboldening the insurgency, Mr. Gates spoke directly to all of those audiences.

“No one — be they adversaries or friends, or especially our troops — should misinterpret these personnel changes as a slackening of this government’s commitment to the mission in Afghanistan,” Mr. Gates said. “We remain committed to that mission and to the comprehensive civil-military strategy ordered by the president to achieve our goals there.”

For his part, Admiral Mullen spoke of the pre-eminence of civilian control of the military.

“We do not have the right, nor should we ever assume the prerogative, to cast doubt upon the ability or mock the motives of our civilian leaders, elected or appointed,” Admiral Mullen said. “We are and must remain a neutral instrument of the state, accountable to and respectful of those leaders, no matter which party holds sway or which person holds a given office.”

The Rolling Stone article contained a number of quotations attributed to General McChrystal and his aides that were rude and dismissive of members of Mr. Obama’s national security team.

In the hours after the article surfaced in public, Mr. Gates and Admiral Mullen discussed it with General McChrystal. “In my meeting with him, he didn’t try to explain it,” Mr. Gates said on Thursday. “He just acknowledged that he had made a terrible decision.”

Mr. Gates, who has questioned what he calls the negative narrative of the war in news reports and Washington political discussions, said the mission in Afghanistan was “hard but not impossible.”

MAYBE THEY SHOULD READ THIS
Posted by Steve Douglass at 8:44 AM No comments:

There's gold in them thar caves!

Afghanistan could be self-sufficient within a decade if its mineral resources are properly exploited, its mines minister has said.

Wahid Shahrani is in London to encourage the world's mining companies to invest in his country.

He says his country has untapped mineral wealth worth in excess of $3tn.

Mr Shahrani says that mining could move the country from being aid dependent to being self-sufficient in 10 years.

Vast reserves
The BBC's Jill McGivering says that Mr Shahrani is on a multi-billion dollar sales tour, trying to drum up bids from the world's mining companies for his country's untapped minerals.

Mr Shahrani sees mining as the country's economic mainstay in the future.

In seven years mining taxes should pay the government $1bn a year, he says, and within a decade Afghanistan could be self-sufficient.

In an interview with the BBC, Mr Shahrani dismissed critics who argue that such a massive influx of money raises concerns about corruption.

"We have improved our legislation, the procedures have been upgraded and we have been getting a tremendous amount of support from our international partners," Mr Shahrani said.

Security is another key concern in relation to exploiting the country's mineral reserves, correspondents say.

The first big projects on offer are in the most secure regions of the country - and the government has promised investors a special mining protection security force.

Mining companies will also have to invest heavily in infrastructure - from electricity to roads and railways, Mr Shahrani said.
Posted by Steve Douglass at 5:57 AM No comments: